Mozilla has released a "Developer Preview" of the rendering engine that will end up being used for Firefox 4.0. The alpha release is dubbed 3.7a1 (not sure why, since 3.7 was dropped from Mozilla's roadmap) and runs the Gecko 1.9.3 rendering engine. The release notes can be found on Mozilla's site. As always with alpha releases, Mozilla cautions against using it as your day-to-day browser.

It doesn't seem like any in UI changes are present in this release. Here are some of the new things that were baked in (most are still works in progress): 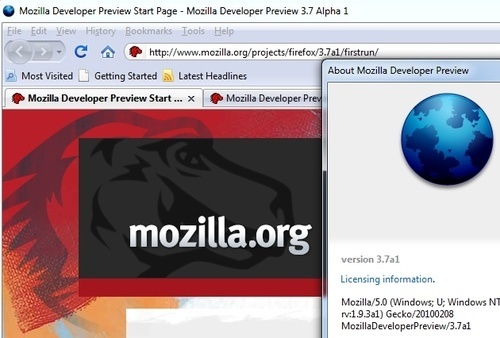