Although every product deserves healthy criticism, many opinions of Windows 8 seem to be based on misconceptions, especially when it comes to the viability of Metro as a Start menu replacement. For the record, I don't care if you skip the update -- hell, I might pass on it too -- nor do I care if it's the most failtastic operating system in Windows' 26-year history. While certain anonymous posters might try to convince you otherwise, I have nothing to gain or lose from the launch of Windows 8. 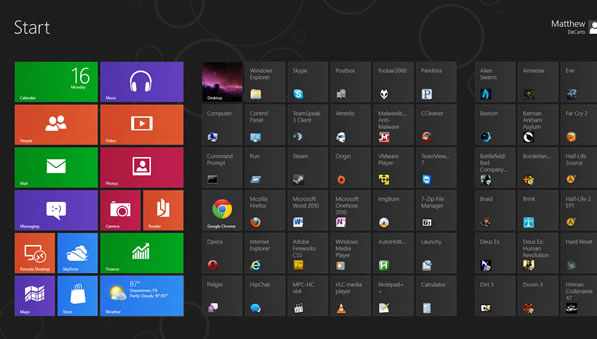 However, I believe your opinion should be formed by facts, not irrational rhetoric parroted online by so-called power users and companies that want to sell you third-party programs. I can say without a doubt that many people who oppose the Start menu's removal haven't even used Windows 8, yet they don't hesitate to inform you about Metro's inadequacies by listing all the features it's supposedly missing. The truth is, functionally speaking, Metro is basically identical to the Start menu.