TalkTalk is one of the UK's largest telecommunications providers, and one of only two that offers a full 'quad-play' collection of services: TV, landline, fixed-line broadband and mobile. Today, the company announced its new 'All-in SIM', an aggressively priced offering to compete with its rivals in the increasingly crowded UK mobile market. 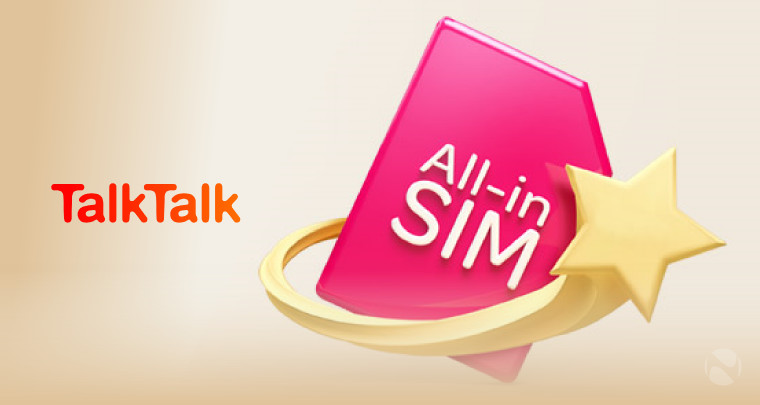 However, before you get too excited, there are a few important points worth noting, once you scratch beneath the surface of TalkTalk's hyperbole.

For a start, in order to even be able to get the All-in SIM, you'll also have to subscribe to TalkTalk's home broadband service. And if you later decide to cancel your broadband subscription, you can wave goodbye to unlimited calls and texts - TalkTalk will immediately slash your allowance down to 2000 minutes, and just 2GB of data, while also doubling the cost of the plan up to £24 a month.

The plan prohibits any kind of tethering, and unlimited data usage is also limited to 3G only, - and even then, you'll have to watch how much data you consume. TalkTalk says that customers who use too much data will be asked "to reduce their usage and we may not renew the monthly unlimited calls or data boosts on their package so that we can protect the rest of the network and maintain a good network experience for others", adding:

For most customers, your usage of the network will be fine. The sorts of things that might make your usage increase are:

And there's one further limitation on the new All-in plan: it's only available to buy until June 30.

If you're happy with all these caveats, the £12 monthly plan is certainly competitive - for example, the same price only gets you 500 minutes and 3GB of 3G data per month from SIM-only provider giffgaff. But given the restrictions and limitations that TalkTalk has imposed on its All-in SIM, it doesn't quite seem like the 'mobile revolution' that the company's rhetoric promises.