Acer's as yet unannounced next gen tablet has been spotted at an unnamed Intel event by a Dutch website who also managed to get some hands on time with the successor to the W3, as well as some interesting specifications for what will be Acer's first 8 inch model. 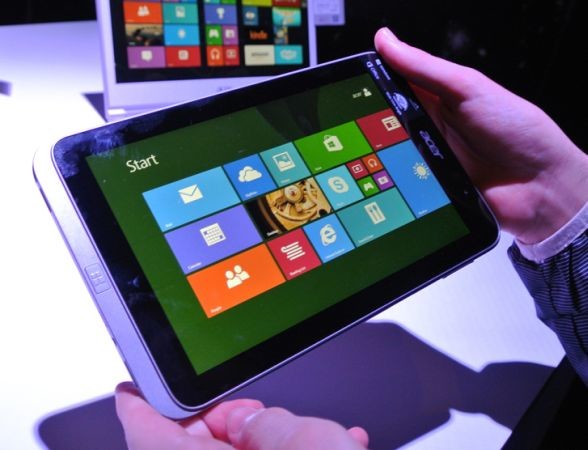 The new tablet will also include Microsoft Office 2013 Home & Student, which is standard for any Windows Tablet under 10 inches, and helps justify the unconfirmed €330 price tag, which translates to around $400 for the U.S. market. There's no word on when this tablet will become available, but if we had to guess it will be anytime after Oct. 18 which is when Windows 8.1 (which also come preloaded) becomes available.

The Dutch site Bouweenpc also reported that after a format of the 32GB SSD, 28.5GB was available, and the fully preloaded example showed 16GB available storage. Click the source link for some additional images.