Nokia is widely expected to announce its first Windows tablet at an Oct. 22 event in Abu Dhabi, and now the FCC has released documents indicating that the device will come with 4G LTE support, making it one of the first Windows tablets to support the high-speed wireless connection.

In filings with the FCC, Nokia lists the device's model number as "RX-114," consistent with previously leaked information that said the tablet would include a quad-core Snapdragon 800 processor. While the filings don't reveal any processor information – or even confirm the operating system – the fact that it shares the same model number as previous leaks means it's likely the long-rumored Windows RT tablet recently revealed in a leaked press render.

The filings go to great lengths to not specifically refer to the device as a tablet, though the following diagrams showing the antenna confirm the form factor: 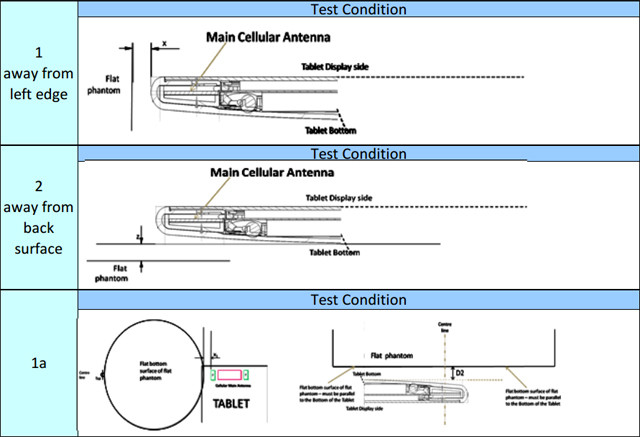 Nokia's filings don't reveal much about the tablet except for the fact that it will support LTE connections. As noted by Engadget, the wireless bands supported means the tablet could feasibly run on AT&T, T-Mobile and Verizon's respective networks.

The RX-114 is expected to take the name Lumia 2520 when it's officially announced.