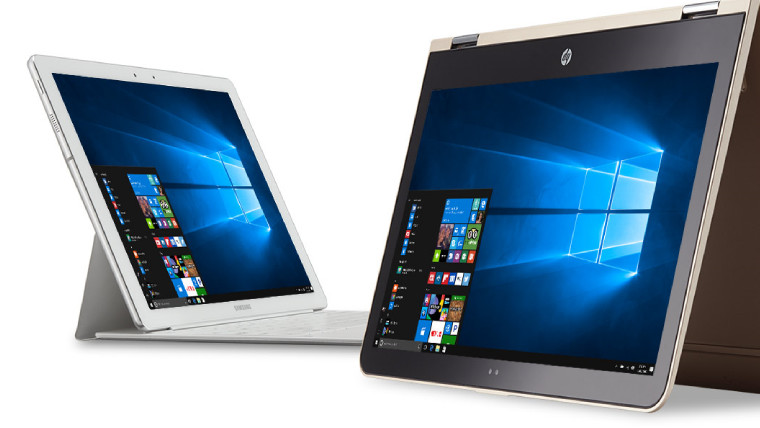 The latest tracking stats for Windows devices have been released by advertising network AdDuplex, which monitors usage across its network to create a detailed monthly breakdown of Microsoft's mobile ecosystem, along with key details on usage of Windows 10 PCs. Each month, the reports capture a snapshot of worldwide usage across one 24-hour period - in this case, August 22, 2017.

This month, the data shows that the Creators Update is now installed on almost two-thirds of Windows 10 PCs (including 2-in-1s, tablets, and other devices with the Windows 10 desktop). The Creators Update, which Microsoft began rolling out to PCs in April, is now on 65.6% of those devices, a considerable increase compared with last month, when it was on 50.1%; and June, when that figure stood at 35.7%.

That may seem impressive, but as AdDuplex pointed out, the rate of that rollout is still worse than that of its predecessor, the Anniversary Update - even despite Microsoft announcing a month ago that the Creators Update was "fully available" for all Windows 10 users.

The Anniversary Update itself is now on 30.1%, down from 46% in July. The November Update rose slightly from 2.6% to 2.8% over the same period, while PCs running the original Windows 10 release remained at 0.9%.

The proportion of Windows Insiders running the latest preview builds from the Redstone 3 development branch - which will soon become the Fall Creators Update - increased marginally from 0.4% to 0.7%.

Like last month, MSI is leading the way among major PC manufacturers with just under 80% of its machines running the Creators Update. Dell is in second place on around 72%, while 71% of Microsoft's Surface devices now have that Windows 10 version installed.

There's been a huge increase in installations of the Creators Update on Microsoft's Surface Pro 3 over the last few weeks. In July, just 18% of those devices were running that version of the OS, but the floodgates have since opened, and that figure has shot up to more than 60%.

80% of Surface Books are now on that version, closely followed by the Surface Pro 2 (roughly 78%).

The Surface Pro 4 is still the most widely used of Microsoft's devices, accounting for 43.6% of all Surfaces currently in use - up from 40.8% in July. That growth may have been fuelled by deep discounts on the device in recent weeks, as Microsoft and its retail partners have been clearing out stocks to make way for the newer Surface Pro tablet, which has jumped from 2.4% to 3.7% since last month. The new Surface Laptop also rose from 0.6% to 1.4%.

The Surface Pro 3 is still in second place overall, with the Surface 3 still in third, despite that device having been discontinued last year.

But the Surface Studio all-in-one desktop - which starts at $2,999 - hasn't taken much of a bite out of the Surface pie since its launch last year. From 0.2% in July, it's now dropped to a statistically insignificant 0.0%.