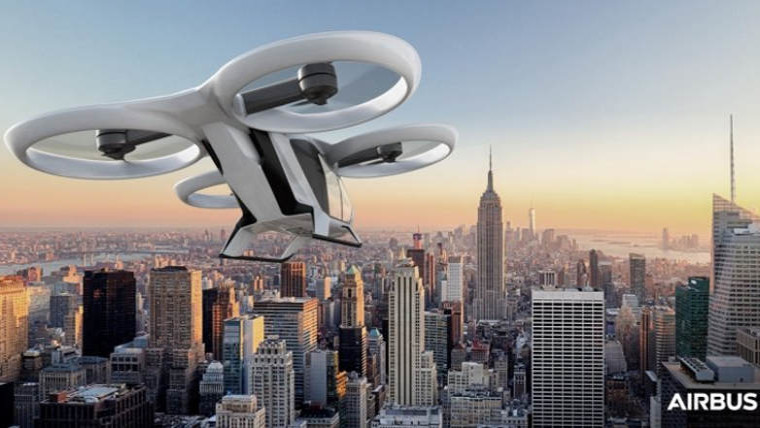 Commercial aircraft maker Airbus has said that it is on track for full-scale tests with its version of a flying taxi, called CityAirbus, for the end of 2018.

The all-electric aircraft will have eight drone-like rotor blades and 100-kW engines; it will be able to carry four people, reach speeds of up to 120 km/h, and initially, will hold a pilot. However, the pilot will be phased out as Airbus plans for the aircraft to be flying fully automated carrying only passengers by the year 2023. The CityAirbus is designed to offer a traffic skipping ride-sharing transport option for the world's highly congested cities; such as London, San Francisco, and Sao Paulo.

The aircraft is being designed by the company's helicopter team as it believes that this will be the best route to follow as legislation for helicopters already exists, but the rules on automated drone-like transport aircraft aren't quite as developed yet. Airbus isn't only working on the CityAirbus, it also has a self-piloted single-seater aircraft project called the Vahana, an airborne drone logistics plan called Skyways, and has reportedly been meeting with Uber to work on the future of sky taxis.

The flying vehicle/taxi market is already quite competitive; with models from Volocopter and DeLorean far into their development. However, the fact that this craft is being developed by Airbus, one of the world's leaders in large commercial jet production, might give it the edge against other makers as people are going to be more familiar with cruising through the sky in something made by Airbus.