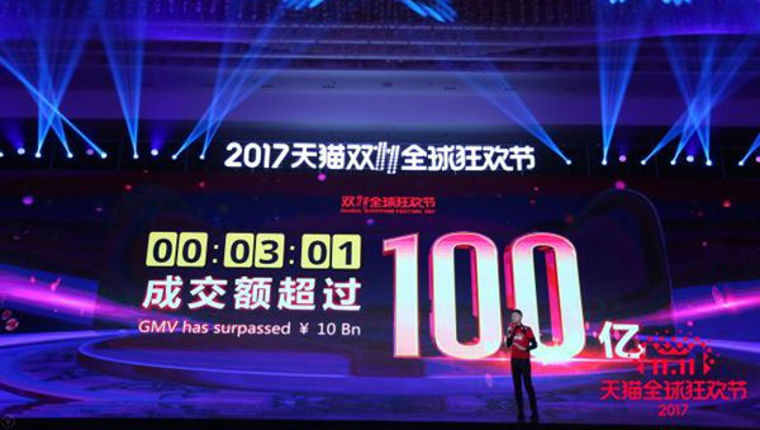 If you’ve been keeping a tab on China you’ll know today is Singles’ Day, a day which is supposed to be a celebration about being single, but has, more recently, turned into a shopping bonanza. One of the biggest players on Singles’ Day is Alibaba, and today one of its companies, Tmall, has set a new Singles’ Day record by making $1.5 billion worth of sales in just three minutes and one second.

Commenting on the atmosphere at Alibaba after breaking the record, Ecns says:

“At Alibaba’s data center in Shanghai, hundreds of reporters from all over the world are keep an eye on the real-time sales figures, snapping the numbers with their smartphones, in scenes reminiscent of a major stock exchange … A cheer went up when the numbers surpassed [the $1.5 billion mark] in sales, as the Chinese e-commerce giant recorded another remarkable year.”

Last year, 467 million parcels were dispatched from Alibaba, in order to handle this amount of parcels the company has employed sorting machines which can work through 18,000 parcels every hour, the company also uses robots which will pick-up 70% of the manual work.

As we reported yesterday, the biggest retailers, Alibaba, Suning, and JD.com have taken some steps to reduce their effect on the environment using various methods including using less tape, using biodegradable materials including glue, and giving customers the option of receiving their parcel in a plastic box which can be reused a thousand times.

Source: Ecns | Image via China Plus