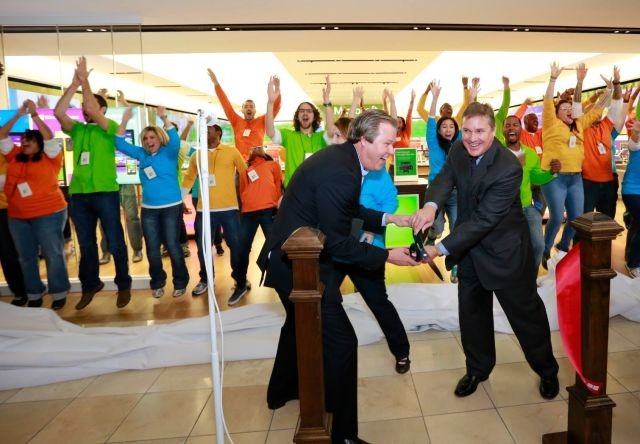 Oklahoma City, Okla., is the latest location to open a Microsoft Store.

If you live near one of the more than 75 Microsoft Store locations but still haven't ordered an Xbox One console, you may be in luck. The company claims that all of its stores will have extra Xbox One units for sale at midnight on Friday to anyone who didn't pre-order the console.

GameSpot reports that Microsoft didn't offer a specific shipment number for each store, saying only that the shipments will be "limited." Naturally, these extra consoles will be sold to patrons on a first-come, first-served basis.

Microsoft has been opening up new retail locations at a faster clip recently in the U.S. and Canada. In the last few weeks, stores have opened in Orlando, Edmonton, Las Vegas, Buffalo and Oklahoma City. Microsoft will open up a new location in Jacksonville, Fla., on Nov. 22 at 10:30 a.m., but there's no official word if that store will have Xbox One consoles for sale.

Other retailers such as Wal Mart, Best Buy and GameStop will hold their own midnight launches for the Xbox One starting on Thursday. Shipments of the console for that date, beyond the ones reserved for pre-orders, are also expected to be extremely limited.