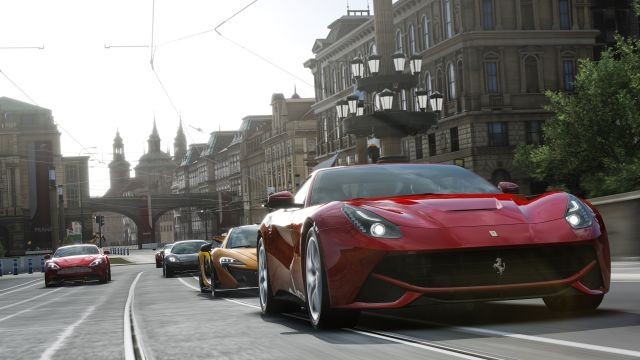 A couple of months ago, Microsoft announced that people who visited one of its retail stores in the U.S. and Canada could check out a non-working Xbox One console under glass. Later, the company announced that a few stores would participate in an Xbox One tour where the public could get some hands-on time with some of the console's launch games.

Today, Microsoft has revealed that all of its retail stores will now give customers the opportunity to go hands-on with one of the big Xbox One launch titles, "Forza Motorsport 5". The company currently has close to 80 large retail stores and smaller, kiosk-like specialty stores, and more stores are opening before the Xbox One finally launches on November 22nd.

Additionally, Microsoft is holding a giveaway for those who visit one of their stores to demo Forza Motorsport 5. It states:

The winner will get a great “Forza Motorsport 5” Living Room package with a Forza Motorsport branded playseat, Polk Audio N1 Gaming SurroundBar, Thrustmaster TX Racing Wheel Ferrari 458 Italia Edition, and a $2,000 gift card to use towards completing the living room with a big screen TV.