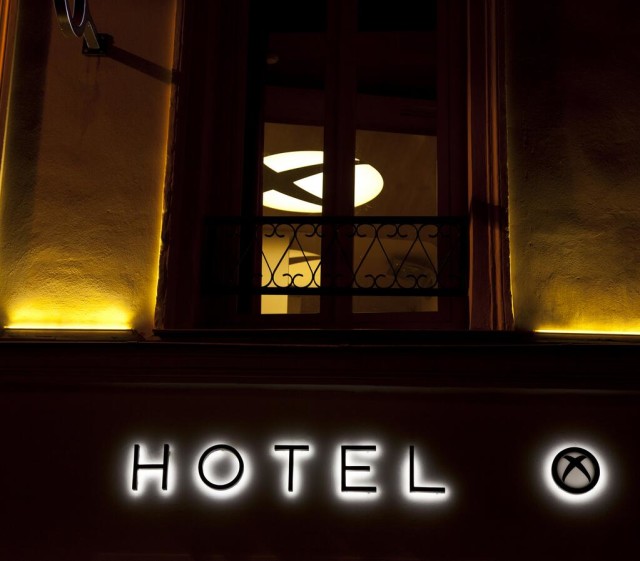 The launch of the Xbox One will happen in 13 markets around the world on November 22nd, and one of them happens to be France. This week, it was revealed that Microsoft is promoting the Xbox One launch in Paris by transforming a building into an 'Xbox One Hotel', which will remain open until the month of November.

The official Xbox France Twitter feed posted a number of images from the pop-up hotel, where people can not only check out playable Xbox One demos but also get food and drinks from an Xbox One-themed restaurant.

The hotel even has Xbox One-themed rooms, such as the one shown above which has "Ryse: Son of Rome" items. We won't comment on the daggers on the bed; we assume that the room isn't going to be used to help stab people in the back.

There's no word on how much the price is for staying one night at the Xbox One Hotel, but if you are headed to the City of Lights, it might be worth checking out before it goes away.

Source: Microsoft France on Twitter via DualShockers | Image via Microsoft