It looks like at least a few lucky folks are benefiting from a mistake made by someone at Target. Two people have posted word they received their Xbox One console this week from the retailer, two weeks before the official launch on November 22nd. 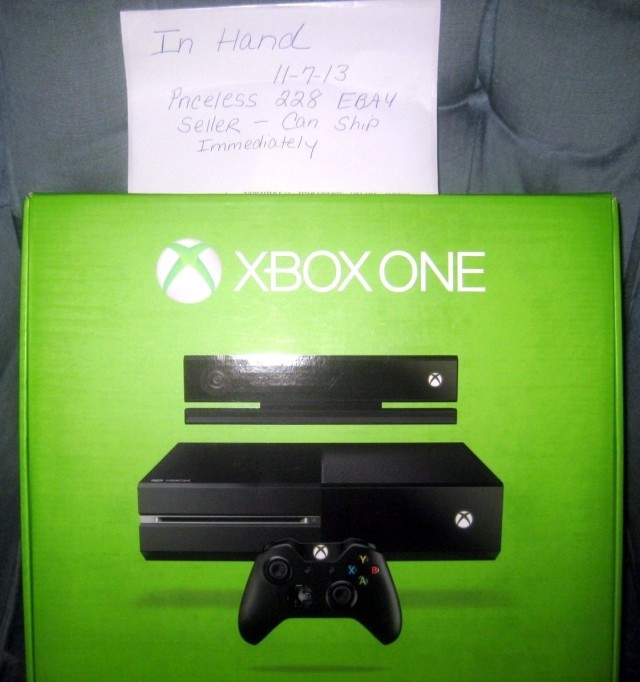 According to Engadget, one of those folks went ahead and posted his standard edition Xbox One he got from Target for sale on eBay. The seller, who goes by the eBay handle "priceless228", claimed in his rather over-the-top auction description ("THIS IS LITERALLY THE ONLY XBOX ONE IN THE HANDS OF A CONSUMER RIGHT NOW! ANYWHERE!") that any proceeds will go "toward my corporation to create products for Special Ed students." The eBay auction had bids close to $10,000 before "priceless228" decided to remove the Xbox One from sale, possibly due to some input from Microsoft.

Another person, who goes by the Twitter handle Moonlightswami, also received his Xbox One, again from Target, two weeks early. He posted an unboxing video on YouTube but that clip was quickly taken down thanks to a copyright claim from Microsoft. However, he has been posting photos and information about his experience with the console on his Twitter account:

PROOF XBOX ONE IN MY LIVING ROOM pic.twitter.com/yk5Q7BF8BI

He has since revealed that the "Day One" patch for the Xbox One, which is required to do anything with the console, is about 500MB. He's also posted some info on the amount of hard drive space some Xbox One games will take up, thanks to the fact that they are available to download from the Xbox Games Store. "Call of Duty Ghosts" uses 39 GB, "NBA 2K14" will take up 43 GB, "Forza Motorsport 4" will use 31 GB and "Ryse: Son of Rome" takes up 34 GB. Even download only games like "Lococycle" will use up 13 GB of hard drive space.

I tried using Kinect to navigate. Its INSANE, my friend even could do commands through a Skype call on my computer.

Update: Moonlightswami has confirmed that his console has now been banned by Microsoft, even though he got the unit through legitimate means. We have emailed Microsoft to find out why they have banned his Xbox One.

Another Twitter user, Conner John Cosgrove, posted word he got an Xbox One early. He seems to hint that he got his unit directly from Microsoft but that's seems pretty unlikely.

@Xbox thanks for sending it early!!! This is awesome pic.twitter.com/BmzyyAqymJ

So far, Microsoft has been officially silent about these early Xbox One shipments.