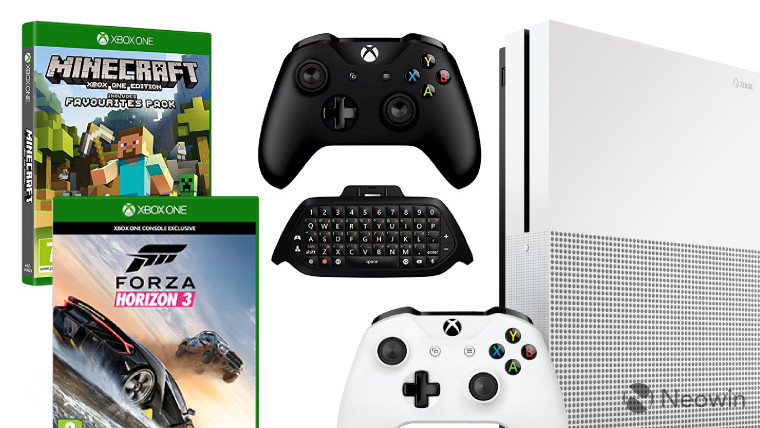 Today, Amazon is hosting its third Prime Day, an annual shopping extravaganza in which those who subscribe to the retail giant's Prime membership program get access to a vast range of juicy deals.

Among the many savings available, Amazon is offering a remarkable deal on Microsoft's Xbox One S. In a special Prime Day bundle, you can get the 500GB console, along with:

...for a total of just £179.99. Considering that the Microsoft Store sells the 500GB Xbox One S with Forza Horizon 3 and a single controller for £229.99, the cost of the bundle on Amazon today represents a significant discount compared with buying everything separately.