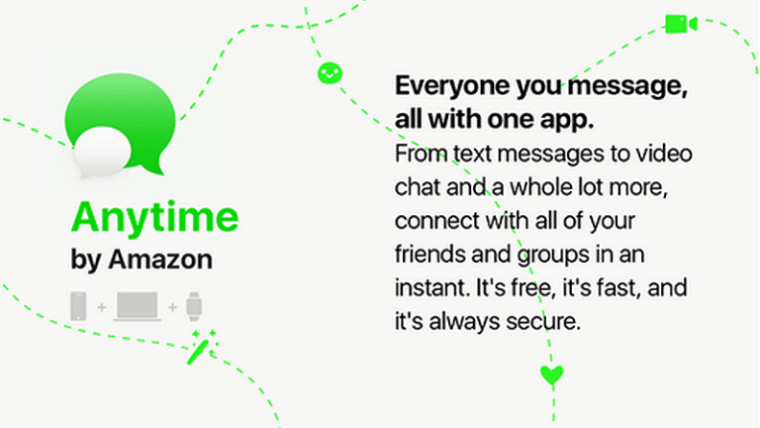 Almost everyone who owns a smartphone uses one or more messaging apps to communicate not only with family and friends, but with businesses and services too. Many companies are even integrating bots into their messaging apps, to give them new capabilities like accepting payments.

According to a recent report, Amazon might be looking for a slice of the messaging market with a new app called Anytime. The company has been running a survey getting feedback on the new app, which lets people chat with text and video, send photos with filters, play games and engage with other Amazon services including shopping. 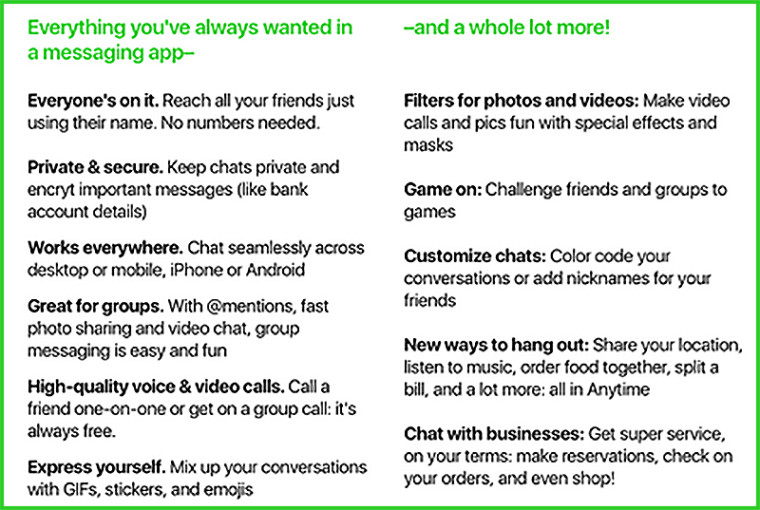 Furthermore, it appears that the app does not need a phone number to operate, as you can reach other people just by searching for their name. It also has the ability to keep chats private and encrypt important information like bank account details.

Amazon launched Alexa Calling in May, a feature that enables free messages and voice calls through the ever-expanding Echo device ecosystem or through the Alexa app for smartphones. As such, a standalone messaging app would be a natural progression of that for the company. However, it is important to note that Amazon has not confirmed the existence of this app, so it is advisable to take this piece of news with a grain of salt.