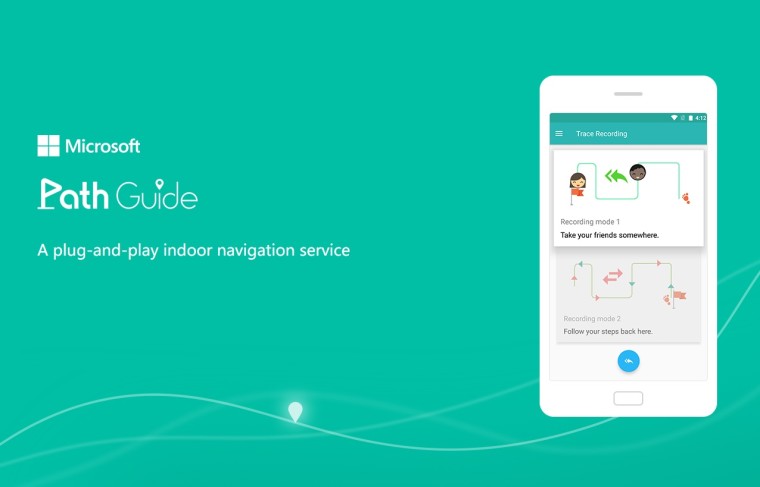 A few days ago, Microsoft released Seeing AI on iOS, an app that narrates the world for people with visual impairments. The company is now back with a new mobile app, this time for Android, which will be helpful not only to the visually- or hearing-impaired, but also to travelers and tourists. Path Guide, created by Microsoft Research Asia’s Cloud & Mobile Research group, is an innovative app with an unconventional approach to indoor navigation.

Path Guide does not need beacons, GPS, depth-sensing cameras or anything like that, relying instead on common sensors like accelerometers and magnetometers, which are included on most smartphones. 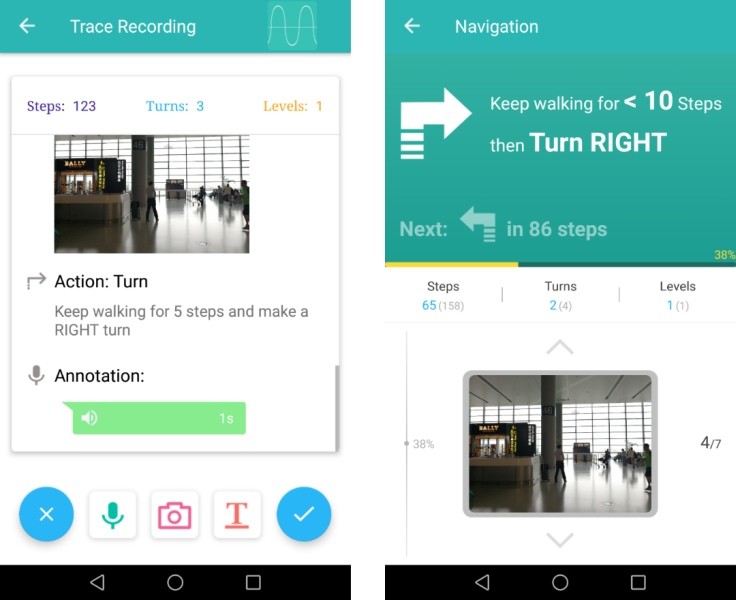 The app focuses on the navigation part of indoor mapping by allowing you to easily create and follow custom routes for indoor areas in the form of linear instructions. Users can easily find the correct path to their destinations by simply following “traces” created by another user, who has already been to the location before.

The trace creator can also add notes, images and voice recordings to the path. In addition, traces can be shared via email, for people who do not have the app installed on their phone, or can be uploaded to the cloud and be viewed from a web browser.

The project, which has been in development for nearly two years, is still in its early stages and Microsoft admits it still has some rough edges. With the public release of Path Guide, the company will gather feedback from users, which will be used to make improvements in future versions of the app. The app is now available for free on Google Play.