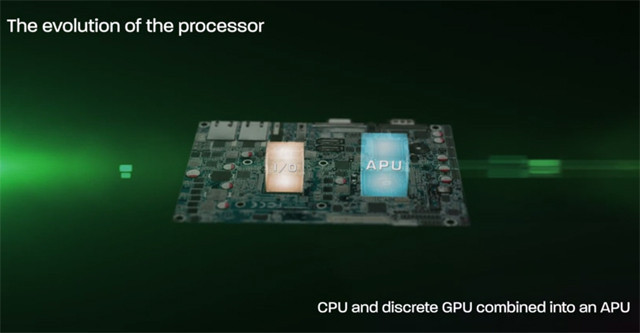 AMD has touted its embedded solutions in recent years, though it was yet to officially ship an ARM product.

As one of only two companies actively making x86 chips for personal computers, AMD is part of a duopoly with Intel in the PC processor market. That hasn't been enough to keep the company in the black in recent years, however, and now a company executive has announced it will dip its toes in the ARM market's waters.

"The logo for our latest G-Series chip has an X in the bottom right corner," Arun Iyengar told Forbes regarding AMD's embedded chips "That signifies it's an x86 product, but it also sets us up to have an ARM version as and when we choose to. Ultimately, we're going to have both x86 and ARM in our product portfolio."

AMD's embedded chips are used in devices such as industrial tablets, vehicles and similar products.

Iyengar provided no time frame for the change in strategy, though earlier this year AMD hired Charles Matar of Qualcomm to be is new vice president of system-on-a-chip development, possibly indicating the strategy is actively being worked on. AMD announced late last year that it was working with ARM on 64-bit processors, though those are being developed for cloud and data center servers.

NVIDIA, AMD's main rival in the graphics card market, has seen success developing its Tegra line of ARM chips. In Q2 2012, Tegra was cited as helping the company grow its quarterly revenue. Jen-Hsun Huang, NVIDIA's chief executive, has been extremely bullish on the platform, saying it will eventually be the source of the majority of the company's revenue.