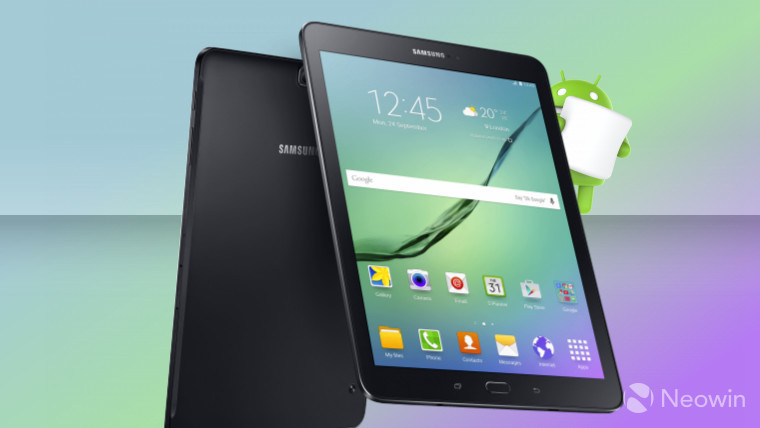 It's been nine months since Google originally released the Marshmallow update, but so far, it's made its way to just 13.3% of active Android devices - and the next major version of the OS is fast approaching.

But Marshmallow continues to slowly roll out to more devices around the world, including many of those from Samsung in recent weeks. Now, it's available for the Galaxy Tab S2 (T817A) on AT&T.

As Android Police notes, it seems the carrier actually began the rollout on July 8, but didn't get around to updating its support site with information about the update until this past weekend.

Weighing at 1074MB, the update bumps the OS version up to Android 6.0.1, and along with Google's Marshmallow improvements, and Samsung's various additions - such as its TouchWiz interface - AT&T has also included NumberSync support:

AT&T's Marshmallow update for the Galaxy Tab S2 follows that of Verizon, which began upgrading the device over six weeks ago.