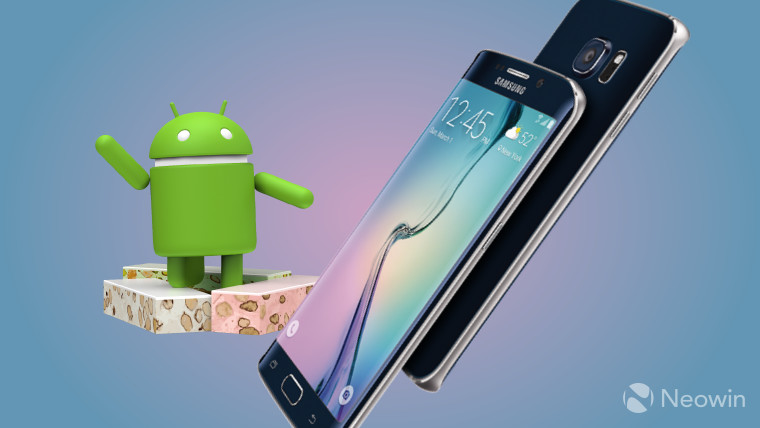 Following a short delay, in order to "review its quality", Samsung began to roll out Android 7.0 Nougat for its Galaxy S6 and S6 edge in early March. In April, the update made its way to those devices on Sprint and on Verizon, and now, it's heading to the two handsets on AT&T.

Over eight months after Google originally released Android 7.0, AT&T has finally started to deliver that update to the Galaxy S6 and S6 edge, as well as the rugged S6 active.

The Nougat update is around 1.2GB in size for the S6, 1.3GB for the S6 edge, and around the same size for the S6 active, and includes the April security update for Android for all three handsets. Additionally, AT&T promises "other fixes and enhancements", which includes the removal of the carrier's Address Book and MobiTV apps from the list of pre-installed software baked into the build.

According to Google's latest official figures, Android 7.0 is now installed on 6.6% of active Google Play devices, while the newer Android 7.1 builds are on just 0.5%.