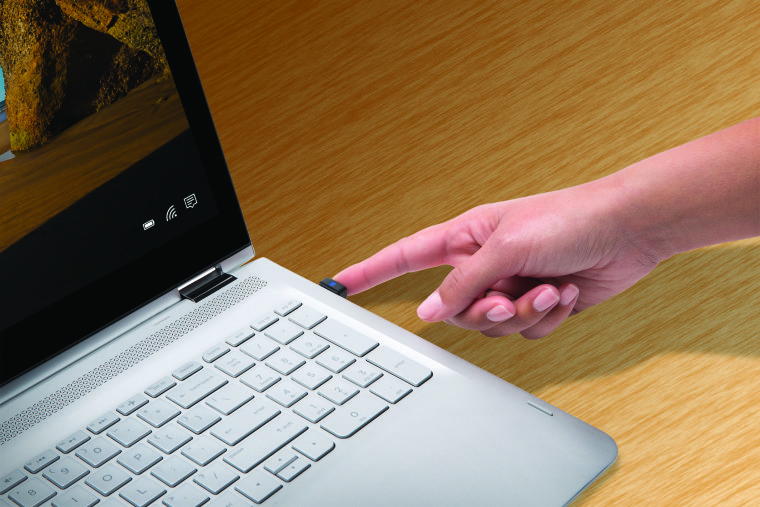 Security is an important topic, and with seemingly daily reports of data breaches, it's clear that the age of the password is over, something that should've already been obvious by now, as I wrote about it half a decade ago. The world is slowly catching up with reality, with many websites now offering two-factor authentication via SMS messages or Google/Microsoft Authenticator, and fingerprint sensors becoming more ubiquitous on laptops with the inclusion of Windows Hello in Windows 10.

Today, Kensington announced the release of VeriMark, a fingerprint sensor that works with both Windows Hello and FIDO. Priced at $50, the device allows people who do not have an embedded fingerprint sensor on their device to easily add that functionality by plugging into a standard USB port. According to documentation, VeriMark provides 360-degree readability which should make it easier to use versus other fingerprint readers. It also provides "anti-spoofing technology", although details of what that actually means were not available in the press release.

The ability to use the device with Fast IDentity Online (FIDO) is interesting, as it provides a way to offer multi-factor authentication with websites that support the standard, making it easier for users to log into sites instead of relying on an SMS message.

Overall, this is a step in the right direction for the security industry and I hope to see more vendors and websites support increased access controls. While this won't protect against data being stolen from breaches, it definitely helps protect against various phishing attacks and plain old weak passwords.