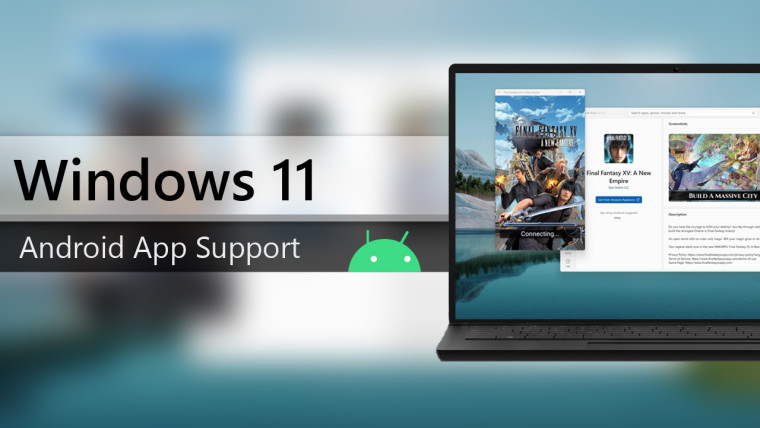 Earlier today, Microsoft published its developer guidance for Windows Subsystem for Android, which seemed to indicate that Android apps on Windows 11 might not be too far off. According to the guidance, only a minimum subset of apps will be available from the beginning, and they will all have to come through the Amazon App Store anyway. Now, Microsoft has announced availability of Android apps on Windows 11 Preview for Windows Insiders in the Beta Channel.

The blog post then directs to click on a link that will be available in the Microsoft Store which will guide you through the steps to verify if your device meets the minimum system requirements, setup your environment, and discover right away the new Android apps and games. However, the actual link part still says LINK COMING SOON, as of writing. Update: Here is the link: aka.ms/WIPAndroidApps

Microsoft also noted that the version of Windows Subsystem for Android being released today is version 1.7.32815.0 and updates for it will be automatic, through the Microsoft Store. If the PC requires a restart, the Amazon Appstore will automatically launch after restart, or you can launch it from the Start menu.

There's also a few Known Issues to be aware of.

The blog posts also states that Android Apps for Windows 11 will only be available to those in the Beta channel, those on the generally available version of Windows 11, or those in the Dev channel will not get this yet.