Just over six years ago, in November 2009, AOL unveiled a radical overhaul of its brand identity, including a new logo - styled as 'Aol.' - superimposed on an array of quirky, although apparently meaningless, background images.

But it's now considering another change to its branding, which could include dropping its name in favor of a new alternative. 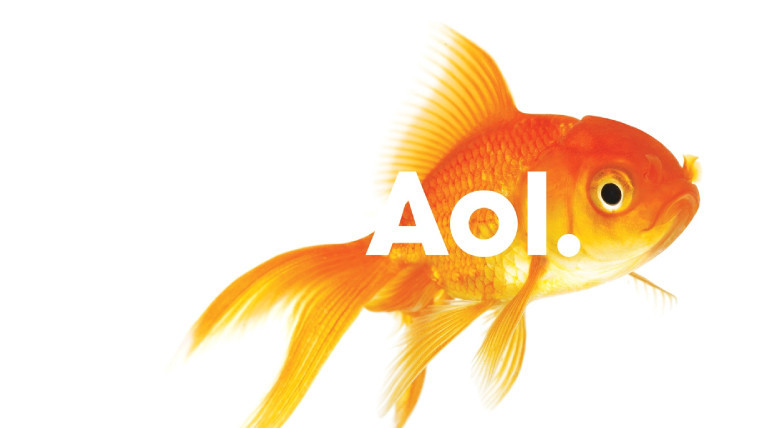 Part of the problem that AOL faces is that - to some extent - it has 'outgrown' its name which, for many consumers, is still entrenched in its legacy as an early internet service provider. Many people (and even a few businesses) don't realize that AOL is now a multimedia giant, with a large content operation - including Huffington Post, Engadget and TechCrunch - along with a major internet advertising division, which expanded last year when it acquired most of Microsoft's ad business.

AOL's Chief Marketing Officer, Allie Kline, told Business Insider that sorting out the company's branding is one of its top priorities for 2016. "I actually don't think there's a bad choice," she said, "but we have to make the choice. Are we going to keep the AOL brand or are we going to bring a new brand to market?"

She added: "If you ask me today, I could say, 'I feel very strongly about the AOL brand. It has a lot of legacy and meaning, and we shouldn’t move away from it!' But if we met tomorrow, I could be like, ‘Yes! We need a new name!’ It’s a very hard needle to thread for us."

Branding expert Mark Ritson said to Business Insider that he believes the issue of AOL's identity needs to be resolved, explaining that while the company's name is well known, it has a bit of an image problem, "being seen to be out of date and a business failure" - a reference to the disastrous AOL Time Warner merger.

Ritson explained: "Now that it is part of Verizon, there should be a major restructuring of the AOL divisions and a very concerted brand cull. But this is a move that should be made by Verizon executives, not vested AOL people. It's time to take out the knife and cut back brands to release growth and profit."

Whether or not AOL does ditch its name completely - or perhaps spins off some of its operations under a new brand - remains to be seen.