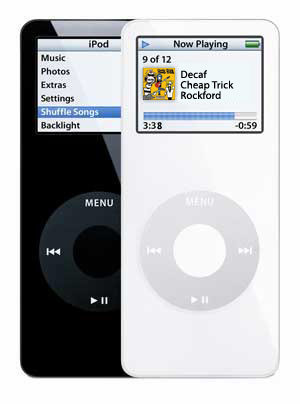 Is that a fire in your pocket or are you just happy to see me? Apple has determined that some batches of first-gen iPod nanos did indeed ship with faulty batteries, and have begun offering a replacement programme for those affected. The company states that the batteries "may overheat and pose a safety risk", which is corporate-speak for "I wouldn't put that in your pocket if I were you."

But bad news if you had yours engraved - Apple won't be transferring the engraving onto your new iPod. In some cases, this may be a blessing. Who wants to be reminded of that one relationship a few years ago that quickly turned sour every time you listen to music? Or that deep life motto which you thought was cool at the time but makes you cringe whenever you flip your iPod over?

Local cases have already been brought up about the batteries. Under pressure from authorities, Apple started offering replacements in Japan last year, as well as in South Korea over two years ago. The programme is now global, but doesn't it seem a bit late? Not necessarily, says Apple. "While the possibility of an incident is rare, the likelihood increases as the battery ages," the website states.

You can claim your new iPod nano here.