The iPhone 6 was launched back in 2014 in three configurations differentiated on the basis of internal storage capacity. These included the 16GB, 64GB, and 128GB models - ditching the 32GB mark in between. Now, Apple has quietly launched the 32GB variant of the iPhone 6 in some Asian markets.

In a way, the model is a "new" iPhone as Apple never released a 32GB model of the iPhone 6 prior to now. Internally, its components and specs are lower than the iPhone SE with the key differences between the two devices being storage capacity and display size.

That said, the lowest-tier smartphone at Apple's retail stores and website is still the iPhone SE, as the 32GB model of the iPhone 6 is not being directly sold by the company. The device has already been quietly available in China since late February and can also be purchased via select carriers in other Asian markets. 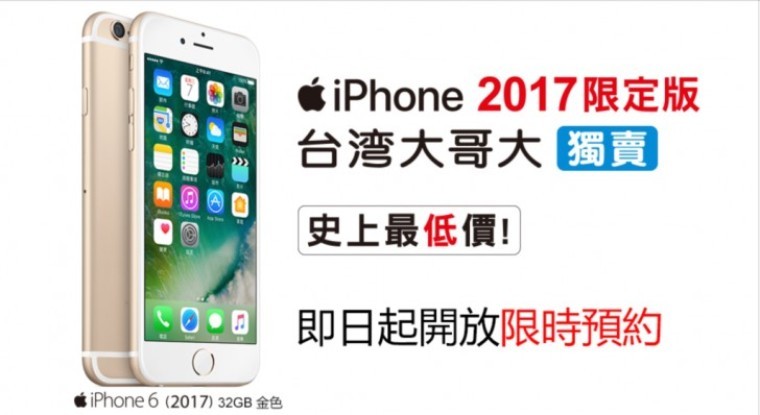 Taiwanese carrier Taiwan Mobile is promoting the 32GB iPhone 6 as a "limited edition" variant and the cheapest-ever iPhone offered by the company. The site is already accepting pre-orders for the handset, saying that the device will be available in gold color on March 10. The handset is also available for "free" with a 30-month contract with the carrier for NT$1,399/month (~$45). It is not yet clear if the smartphone will be available via other carriers in the country.