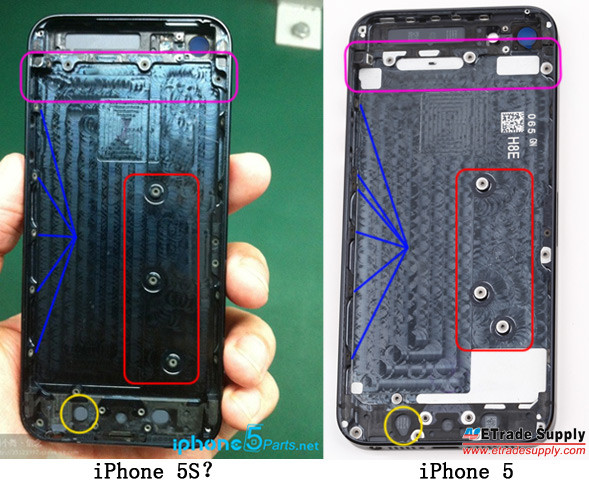 It’s only been a few months since the iPhone 5 was released but we’re already talking about the next version of Apple’s phone: the iPhone 5S.

ETradeSupply has posted some images of what may actually be the upcoming 5S. The website says it believes this to be the case due to 2 reasons: first of all the part number on the case has an “X” which is indicative of a prototype and second there are some differences in the positioning of the screws inside the case when compared to the iPhone 5.

Of course there's no way to tell if this is real. The images might actually show a prototype of the iPhone 5 but if these images are real they might also substantiate another rumor that says the next iPhone will be launched earlier than expected, meaning Apple will not respect their usual autumn launch schedule. 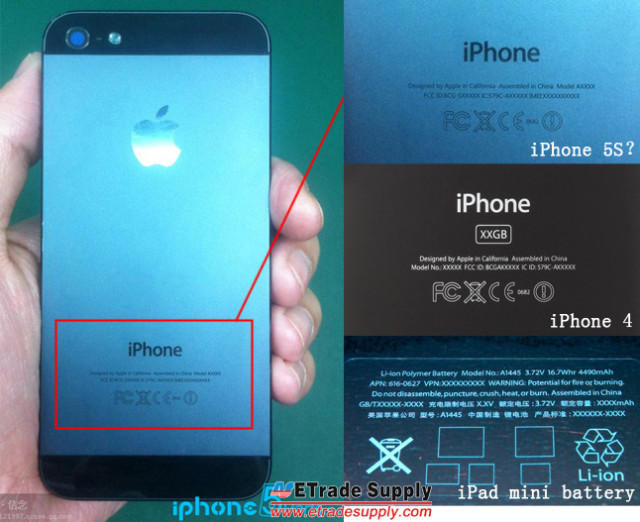 Are you folks excited about this? Let us know in the comments below.