We’ve been hearing a lot of noise lately about plans from Asus on the Android front – the company is keen to launch one of the first Android 5.0 Jelly Bean devices, and may even be in the running to build the anticipated (though not yet announced) Google Nexus tablet. But Asus isn’t putting all of its eggs in the Android basket, as one of its senior executives emphasised this week.

The company’s global head of handheld devices, Benson Lin, confirmed to Pocket-lint that Asus will join the Windows Phone ecosystem… but not just yet: “We are very close with Microsoft. When we think it is the right time, of course we will do it.”

But when is “the right time”? Frustratingly, Lin wouldn’t be drawn on that, but he did reveal that he personally uses a Windows Phone, as well as an Android handset: “In my pocket, I always carry two competitor products. At the moment, I have a HTC TITAN and a Galaxy Nexus.” 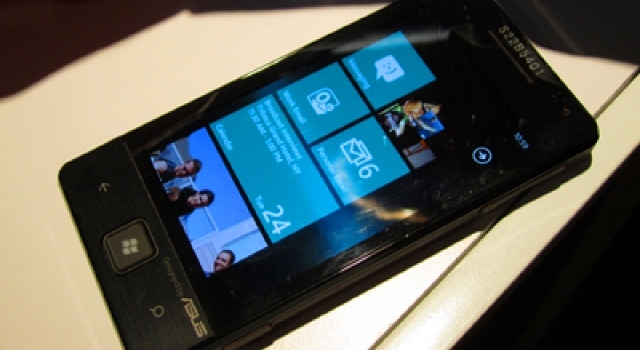 Asus actually built a Windows Phone device (above) back in 2010, but it was issued as a developer preview handset, and although at one point, it appeared that it might go on sale as the Asus E600, the device was never commercially released to the wider public. The company plans to release at least one Windows 8 tablet later this year, and comments made by Lin this week hinted at a “very close” collaboration with Microsoft on that device.