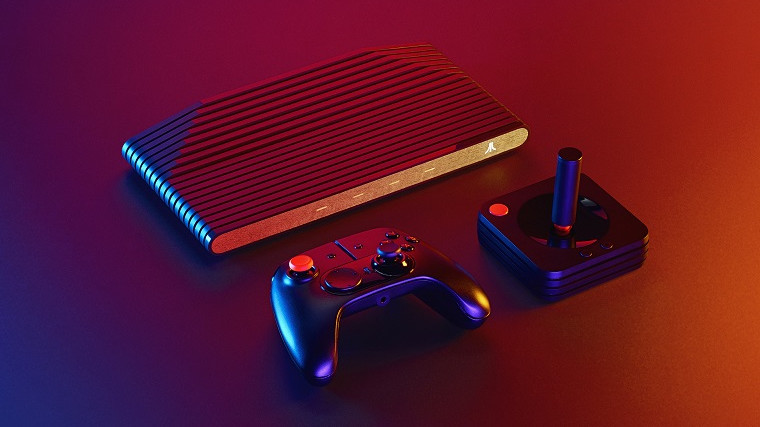 It's been just over three years since Atari announced the Ataribox, later renamed to Atari VCS, which would mark the company's return to the console business. It's been a long, winding road for the system ever since. At one point, pre-orders were scheduled to begin on December 14, 2017, but the company delayed those plans on that same day. It then promised pre-orders would open on May 30, which is when it launched the Indiegogo campaign for the system.

A couple of weeks after that, the company was in trouble for discrediting a reporter after it had failed to explain some of the basic functionality of the system. Finally, last year the company announced it was switching to a Ryzen APU to power the system, and said it would have to delay the release to late 2019.

We're now in the second half of 2020, and the Atari VCS isn't available yet, but today, the company announced that the console is launching this fall, as reported by Game Informer. On Atari's website, the full Atari VCS 800 set, including the system itself, a Wireless Classic Joystick, and a Modern Controller, is available for pre-order for $389.99, $10 less than its official price when it launches. However, that's only the Black walnut model.

Alongside the system, Atari will launch an enhanced version of Missile Command: Recharged, which made its way to multiple platforms earlier this year. The VCS version includes support for the Wireless Classic Joystick, but otherwise, it's unclear what's different.

In terms of specs, the Atari VCS features a Ryzen APU based on AMD's Raven Bridge architecture, though the company doesn't specify which model is inside. As mentioned above, the VCS 800 model has 8GB of RAM and the VCS 400 has just 4GB, and there's just 32GB of internal eMMC storage, though you can for a subscription to get cloud storage, or connect USB devices to have your own. It supports Wi-Fi and Bluetooth, so you don't necessarily need to buy the Atari controllers if you have some of your own.

With pre-orders officially open at multiple retailers, it looks like the VCS may actually see the light of day this time around. Of course, it's understandable to be cautious considering the the bumpy road so far.