Last year, Telltale Games announced that it's developing an episodic Batman game, the casting and character details for which were revealed last month. Now, the company has revealed several other important details regarding its upcoming title, stating that the first episode in Batman - The Telltale Series will be titled as "Episode 1: Realm of Shadows" and will debut on digital platforms on August 2. 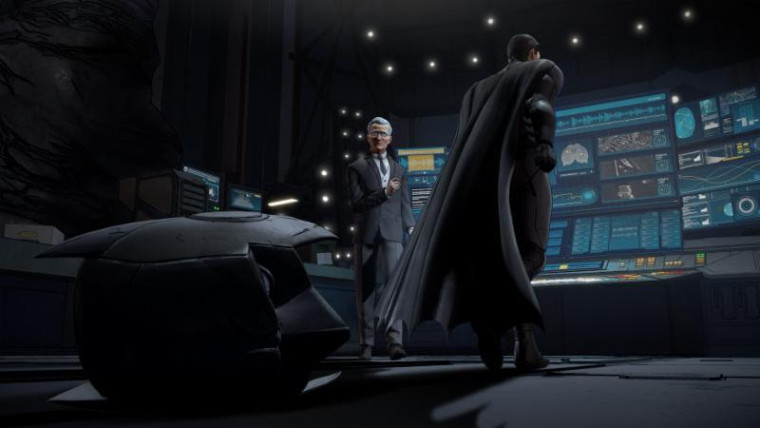 The episode will be downloadable on PC and Mac via the Telltale Online Store, Steam and some other digital services. Surprisingly, even though Telltale previously announced that it was embracing the Universal Windows Platform and bringing its gaming library to Windows 10, the company has not specifically mentioned support for the platform.

Other platforms include the PlayStation Network for PlayStation 3 and 4, as well as the Xbox Games Store for Xbox 360 and Xbox One. Compatible iOS devices will be able to download the game via the App Store, as will be compatible Android devices, through the Google Play Store and the Amazon Appstore. Contrary to previous claims, Windows phone devices aren't mentioned among smartphones as well.

The company has also revealed the gameplay trailer for Batman - The Telltale series, and as expected, it will follow the same episodic choose-your-own-adventure format, similar to the company's previous games such as The Walking Dead, Game of Thrones and Minecraft: Story Mode. Players will be able to play as both Batman and Bruce Wayne, with moral decisions and tough choices being a core aspect of the gameplay. You can view the trailer below:

Telltale has also stated that the game will contain five episodes, with a star-studded cast of voice actors, which includes Troy Baker in the role of Bruce Wayne, Travis Willingham as Harvey Dent, Erin Yvette as Vicki Vale, Enn Reitel as Alfred Pennyworth, Murphy Guyer as James Gordon, Richard McGonagal as Carmine Falcone, and Laura Bailey as Seline Kyle. The aforementioned voice actors have performed in various games, movies and TV shows including Uncharted 4: A Thief's End, BioShock Infinite, Gears of War 4, The Devil's Advocate and more.

Batman - The Telltale Series will be available as a physical purchase through several retailers in North America starting September 13, and September 16 across Europe. We have reached out to Telltale Games to inquire if the digital rollout on August 2 includes Windows 10 and Windows phone devices and will update you when they respond.