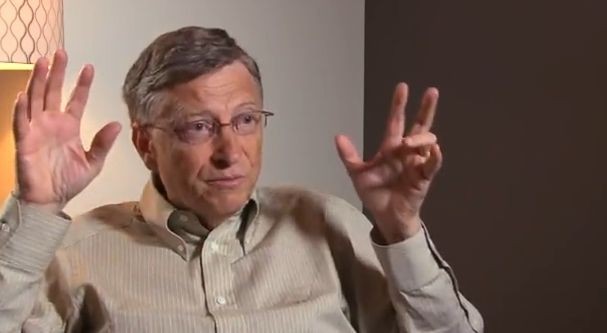 Microsoft co-founder and Chairman Bill Gates has worked full time for his Bill and Melinda Gates Foundation for several years now. Gates, the world second wealthiest man with a net worth of $63.4 billion, has pledged to give 95 percent of his wealth to the foundation to help fund its two main efforts; fighting diseases in third world countries and also to improve education in the US.

In Gates' annual letter from the foundation that was published today, he writes about how his organization has been working on these issues in the past year. The biggest effort that the foundation currently has is to rid the world of the polio disease. Gates writes, "Polio eradication is a top priority for the foundation, a primary focus for me, and a powerful example of the importance of accurate measurement."

Gates notes that while the number of recorded polio cases has been below 1,000 for the past two years, it's doing away with those final cases that's been the hardest part of the fight. The only three countries that have yet to eliminate polio are Nigeria, Pakistan, and Afghanistan. All three countries have many security issues that have hampered the efforts of workers who are trying to vaccinate the population. Gates noted that in December nine people who were administering the vaccine were murdered in Pakistan. He said:

It is unimaginable to me why health workers, whose only goal was to improve children's health and end polio, were targeted. In my eyes the victims are heroes, and the best way to respect their memory is to finish the job they gave their lives for.

Despite these issues, Gates and his foundation are working with others on a plan that he believes "... should allow us to finish the job of polio eradication within the next six years."