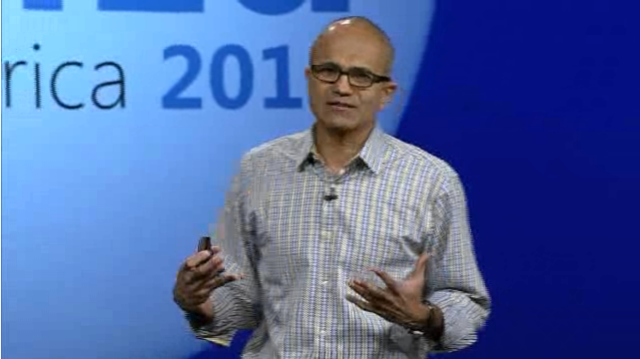 Microsoft has just taken to the stage at NA TechEd and is wasting no time by letting out some impressive statistics including that Bing is currently composed of nearly 300 petabytes of data and the service is writing nearly 1 terabyte of data each day.

This massive amount of data goes to show that creating a search engine, is not an easy task. Gathering this amount of information is surely critical to delivering accurate and the best possible search results on the first query. Microsoft also said that Bing is now running on Server 2012 RC, which was announced previously, but wanted to hit home that Microsoft battle tests all of its products before pushing them out in to the field.

As we progress through TechEd, expect to hear a lot more about how Microsoft services are "re-defining" the market as the company is pushing out new products such as Server 2012. Neowin is down on the ground floor at TechEd and has a few interviews lined up with folks from Microsoft and Nokia, stick around as the fun is only getting started.