Microsoft's Windows Phone product manager Larry Lieberman said in an interview this week that the company felt that Windows Phone is "solidly the third ecosystem right now" in the smartphone OS market. Today, it would appear that assessment is justified as BlackBerry revealed some disappointing financial numbers for their last fiscal quarter.

Reuters reports that for the three months that ended on June 1st, BlackBerry reported a loss of $67 million for the quarter on revenues of $3.1 billion. Analysts were expecting a profit from the company and revenues of $3.36 billion. BlackBerry said that it sold a total of 6.8 million smartphones during its fiscal quarter and about 40 percent of those smartphones used its new BlackBerry 10 OS, or about 2.72 million devices. That number included sales of the touchscreen only BlackBerry Z10, which we reviewed in April. 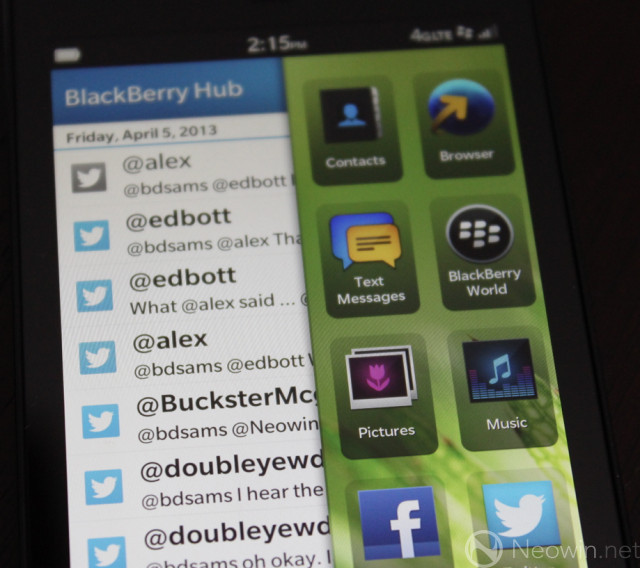 None of those numbers pleased stock traders today. BlackBerry's stock price is currently down nearly 25 percent as of this writing. The company also announced it would no longer reveal subscription numbers for its messaging service and declined to offer detailed predictions for its business for the rest of its fiscal year.

It would appear that sales of BlackBerry 10 smartphones have fallen short of expectations and unless the company can come up with a device that a lot of people want to buy in big numbers, that gives Microsoft an even bigger opening to grow its Windows Phone business.