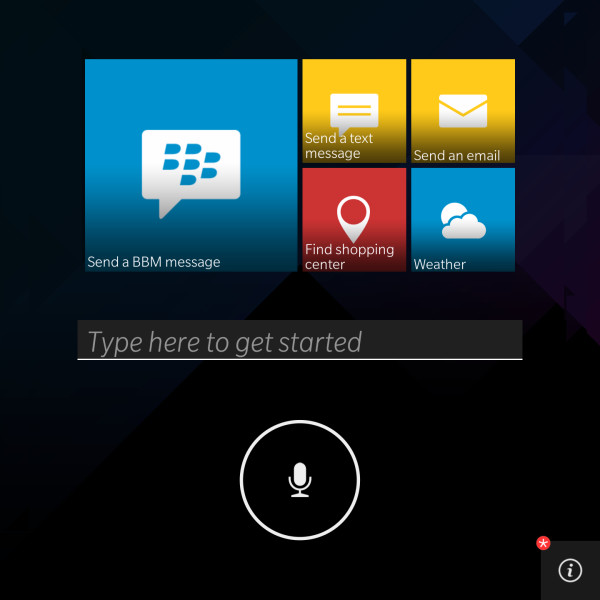 BlackBerry will soon be launching the 10.3 update for its smartphone operating system, and now the personal assistant from this update has been briefly shown off in images by the company.

All the major mobile operating systems, including iOS, Android, and Windows Phone, feature a personal assistant with varying capabilities powered by self-learning algorithms and accumulated data from the users. The feature has become a must-have for most smartphone users in recent times, and it seems that BlackBerry doesn't want to lag behind the competition on that front.

The initial interface of the BlackBerry Assistant is similar to Google Voice Search from older Android models, with the added view of pre-defined tasks. Most interactions described in the blog post, such as reading out text messages or performing web searches, have been shown off numerous times on other platforms and are expected to work in a similar fashion on the BlackBerry as well. Without actual videos or hands-on interaction it's hard to say whether the BlackBerry Assistant offers anything different from Siri, Google Now, or Cortana.

BlackBerry will be launching two new smartphones in the company's traditional form factors soon, and the company will also provide more information about the 10.3 update and BlackBerry Assistant.