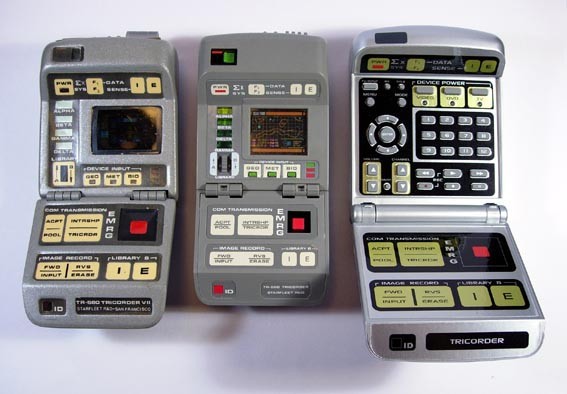 Mike Lazaridis inventor of the BlackBerry smartphone and Vice Chairman of BlackBerry wants to make the Star Trek tricorder a reality. The fictional device is used to examine living things, record and review them and help diagnose diseases and maladies, and collect information on the body.

Lazaridis is starting a C$100 million quantum technology fund that aims to turn the medical tricorder into a real world gadget. According to Bloomberg the Quantum Valley Investments fund is being financed exclusively by Lazaridis and Doug Fregin, a co-founder of Research In Motion (now BlackBerry). They aim to bring technologies together from research labs that have been backed by Lazaridis, with at least one startup having signed up to the fund already.

On the project, Lazaridis said:

What we’re excited about is these little gems coming out. The medical tricorder would be astounding, the whole idea of blood tests, MRIs -- imagine if you could do that with a single device. That may be possible and possible only because of the sensitivity, selectivity and resolution we can get from quantum sensors made with these quantum breakthroughs.

He added that the fund will likely focus on one to two dozen companies and may take a few years to make the investments needed, though he declined to name the startups being considered.

We’re being very strategic with the funds. This is not a venture capital fund that we’re all used to.

While Lazaridis still remains a board member at BlackBerry, he noted that his new fund won't necessarily overlap with what is being built in BlackBerry's labs.