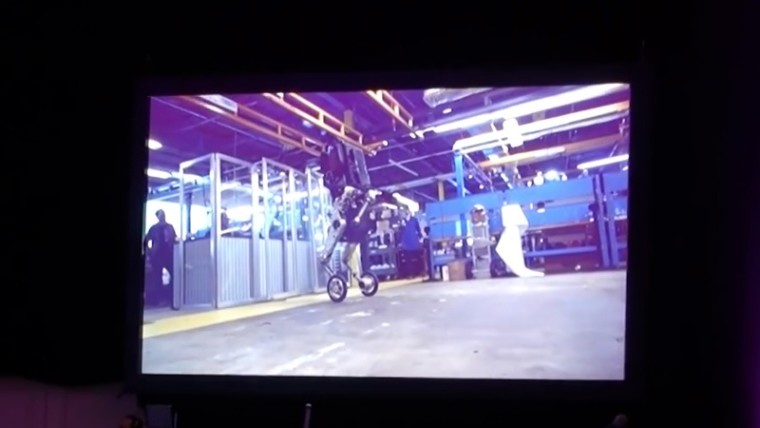 Boston Dynamics is a subsidiary of Alphabet, acquired by Google back in 2013. Early last year, it was reported that Alphabet was considering selling the subsidiary due to the slow development of a consumer-focused product, but nothing has changed since then.

Yesterday, Steve Jurvetson, a venture capitalist, leaked a video of a presentation given by Marc Raibert, Boston Dynamics' founder, on its latest developments. Unlike previous robots developed by the company, that used to walk on two or four legs, Handle was built over two legs with wheels.

The new design with wheels allows Handle to move fast on smooth surfaces, where it can roll with minimal resistance. Furthermore, because of its articulated legs, the robot can crouch and jump over obstacles, as can be seen in the image below. 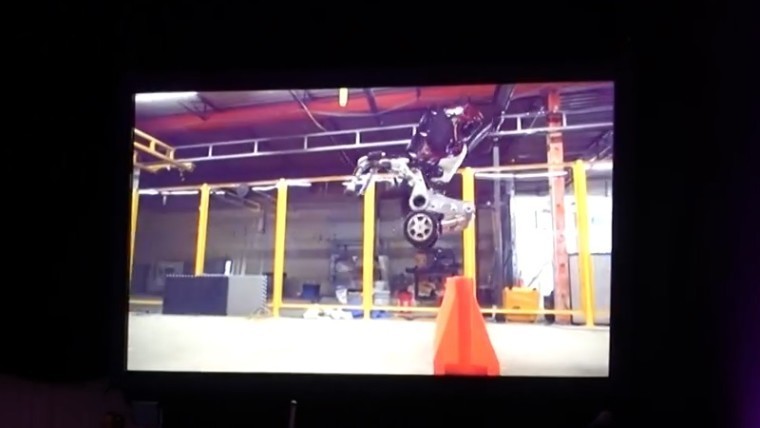 Handle can also make use of two arms and the ability to balance its weight to carry objects around. This feature, in addition to the wheels, could make the robot useful on warehouse and factory floors.

Finally, according to Raibert, Handle costs much less money to be produced if compared to other options developed by Boston Dynamics. This was due to the use of wheels instead of the more complicated walking system developed for the other two-legs robots.

You can watch the full presentation below. The unveil of Handle happens at three minutes and 45 seconds.