The UK mobile market looks set for a period of extraordinary change in the months ahead, as the first of two 'mega-mergers' has been approved by competition regulators. BT, the country's largest provider of fixed-line broadband and telephony services, agreed terms to buy EE, the UK's biggest mobile network, almost a year ago - and today, the £12.5 billion deal received final clearance from the Competition and Markets Authority (CMA). 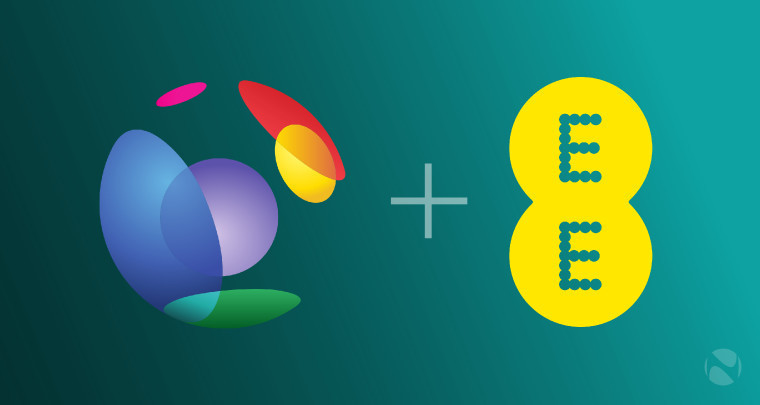 The CMA said that it was "unlikely that the merger will have a significant effect" on competition in the marketplace "as BT is a smaller operator in mobile", and "EE is only a minor player in retail broadband". The combined company would incorporate not just mobile and broadband services, but also those of landline phones and TV, making it a 'quad-play' giant in the UK market.

Concerns have been raised since the proposed deal was announced, not only by the companies' rivals, but also by various consumer groups worried that it would have a negative impact on competition. The CMA's John Wotton said it had "taken extra time to consider responses in detail but the evidence does not show that this merger is likely to cause significant harm to competition or the interests of consumers."

Both BT and EE provide network access to other operators - indeed, BT is responsible for a massive chunk of the UK's fixed line and broadband infrastructure, for which it supplies access to rivals through its Openreach division. Telecommunications regulator Ofcom is currently reviewing the issue of whether Openreach should be spun off from BT.

The CMA believes the new merged company is, by default, financially incentivised to continue to supply wholesale services to other providers (Virgin Mobile, for example runs on the EE Network), which will prevent it from closing its doors to third-party operators in an attempt to monopolise its own network infrastructure.

The greatest concern for its competitors, then, is that, though unlikely – as the CMA points out – no firm measure has been put in place to actively prevent it.

Howdle also noted the concerns that still remain despite today's clearance of the deal. He pointed out that TV and communications giant Sky, for example, believes there have been "fundamental flaws" in the CMA's economic analysis of the merger.

Along with BT's purchase of EE, the UK market faces the prospect of a second major consolidation in the coming months. Last year, Three - part of the Hutchison Whampoa group - announced plans to acquire O2 UK from Telefónica in a deal worth £10.25 billion, which would create a combined 'super-carrier' with more customers than any other UK mobile network.

If that deal also gains regulatory approval, just three major carriers - the third being Vodafone - would control the overwhelming majority of the UK mobile market.