Earlier today, Microsoft released the latest Dev Channel build 25174 for Windows 11 insiders. The build brings several bug fixes as well as some improvements to the File Explorer, and more. You can find the details here.

However, there are also more changes that are generally present under the hood that remain undisclosed in the release notes. Such is also the case with Build 25174 it seems as Twitter user and leakster Xeno found that the PC-like icon on the Shut Down menu is missing.

This is what the Shut Down dialog box on previous Windows 11 Dev Channel builds looks like: 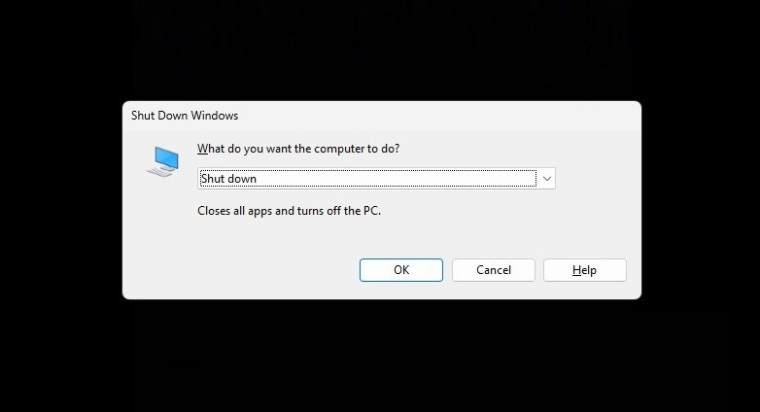 And here is how it appears on Build 25174 which shows no icon:

Upon digging further using the Resource Hacker Windows editor, Xeno found that the "Icon" and "Icon Group" folders within the "shutdownux" DLL file were missing.

While this could simply be a bug in the Build that Microsoft did not register while testing internally, it could also imply that Windows 11 Shut Down icons could finally be getting a revamp and a redesign.

With an earlier Dev build 25115, Microsoft has already made some minor tweaks to the Shut Down menu. And now, some bigger changes could be in store for Dev Channel flighters.

Update: Changed the title and added a better image showing the missing icon.