Earlier today, Microsoft released multiple Windows 11 Insider builds, two on the Beta Channel (KB5016701) and one for the Dev. The new Dev Channel build 25188 brings many new features and improvements that Microsoft has outlined in the changelog for the build.

And although not mentioned there, it looks like the company may have made some enhancements to the Windows 11 security. Spotted by Twitter user and leakster Xeno, a new updated driver for Microsoft Security Core Boot (msseccore.sys) is present inside. The updated driver comes with version number 10.0.25188.1000 clearly indicating that it was updated with the latest build. 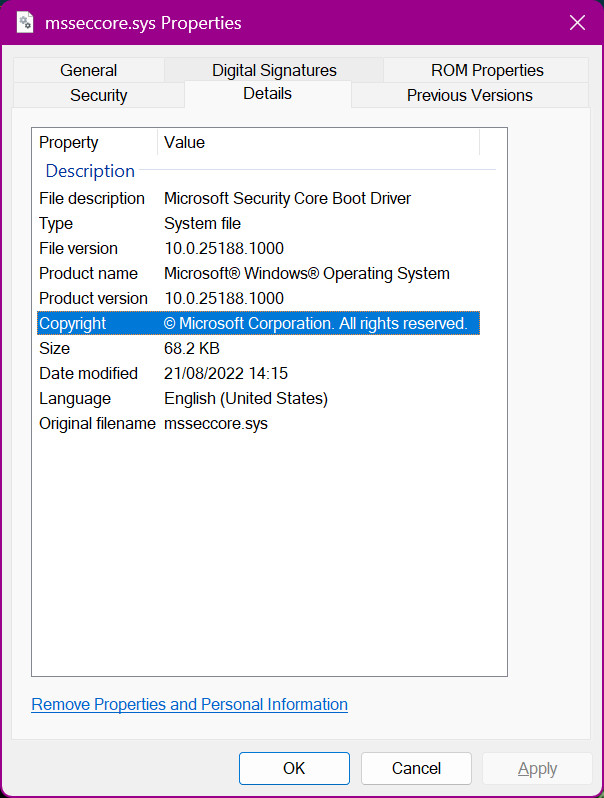 Although we cannot confirm what kind of changes have been made within the driver, it is possible that some of the many recent UEFI and Secure Boot vulnerabilities that surfaced has prompted Microsoft to act so as to harden the boot process further.

Back in February, firmware from Microsoft, Intel, and more companies were found vulnerable to nearly two dozen threats. Later in April, several Lenovo notebook models were affected by a security issue that allowed threat actors to alter Secure Boot settings. And most recently, systems were found susceptible to GRUB BootHole flaw, though Microsoft has already patched the issue with its KB5012170 update.

The company had also promised better performance on Windows 11 in 2022 so this can be a part of that effort too.