Ever find yourself wishing you had a reddit watch? No? Well, Cadence Watch Company will be happy to sell you one anyway, and it'll only set you back a mere $95.00.

Why would anyone even make a reddit watch? To thank the reddit community for helping to popularize their other offerings. And because they know that reddit users love Cadence watches almost as much as they love reddit. Which means there's money to be made.

Kidding aside, the reddit timescale watch is pretty darned cool. Sure, it's just a regular old 'dumb' watch, but take a look at it: it's elegant, unusual, and, as Cadence puts it, “as interesting and unique as reddit itself, but with less pictures of kittens and bongs.” What more is there to say? 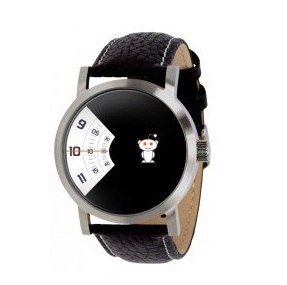