China has responded to Google's announcement of the end to censorship and a possible end to Google Search in China.

Bloomberg reports, that Foreign Ministry spokeswoman Jiang Yu said: "The Chinese government administers the Internet according to law and we have explicit stipulations over what content can be spread on the Internet," at a regular briefing in Beijing today. China maintains a strict Internet censorship program in accordance with its own laws. Often referred to as the "Great Firewall of China", a Harvard study cites at least 18,000 websites that are blocked from within mainland China.

Google said, in a blog posting on January 12, that in mid-December, they, along with a number of other large companies in the Internet, finance, technology, media and chemical sectors, were targeted in a sophisticated cyber-attack. This attack on their infrastructure originated in China, and resulted in the theft of intellectual property. Due to this attack, and the background behind it, Google is now taking a second look at their operations in China, particularly Google.cn, where they currently offer censored search results as part of an agreement with China's government. Google took the big step of informing the government of China that it is no longer willing to provide censored results, and will be entering into discussions regarding how it can do this without breaking Chinese law. Should Google find themselves unable to reach an agreement, they may shut down Google.cn, and close their offices in China.

Yahoo supported Google's announcements and said it would stand by the company. "We stand aligned that these kinds of attacks are deeply disturbing and strongly believe that the violation of user privacy is something that we as Internet pioneers must all oppose" said a Yahoo representative yesterday. In other news, citizens of China began laying flowers and candles at the company's headquarters in China this week. 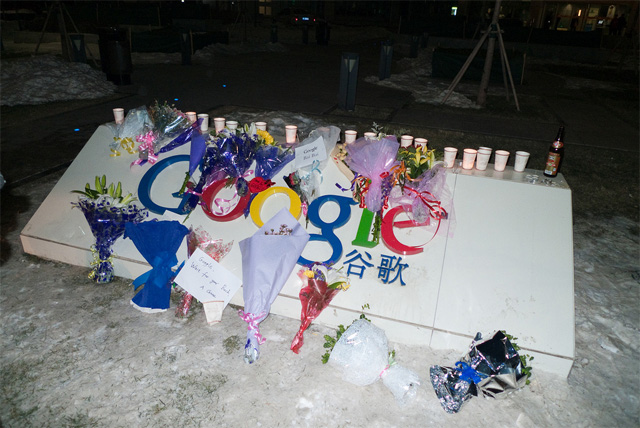