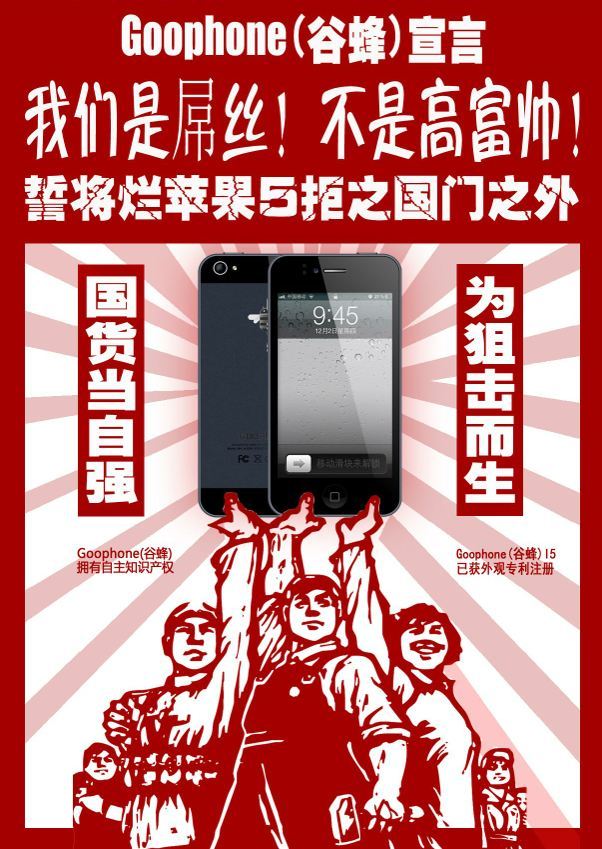 GooPhone, the Chinese company behind an Android phone designed to resemble leaked iPhone 5 parts, is now planning to sue Apple if the finalized device actually ends up looking like their phone.

GooPhone released their shameless Android-based rip-off of leaked iPhone 5 prototypes, the GooPhone i5, to Chinese markets last week. In their minds, this means that they went to market with the design before Apple, and that if the iPhone 5 actually does end up looking like the leaks that we've seen so far, then Apple is copying them. Talk about twisted logic, but then again, this is China.

It'll be interesting to see if this suit actually does go anywhere. But before we even come to that, it all depends on whether the iPhone 5 - or whatever Apple decides to call it - actually resembles the leaks that we've seen so far, and whether or not GooPhone is willing to go all in on their crazy plan. Whatever happens, it's going to be hilarious to watch. Can these copyright battles get any crazier?