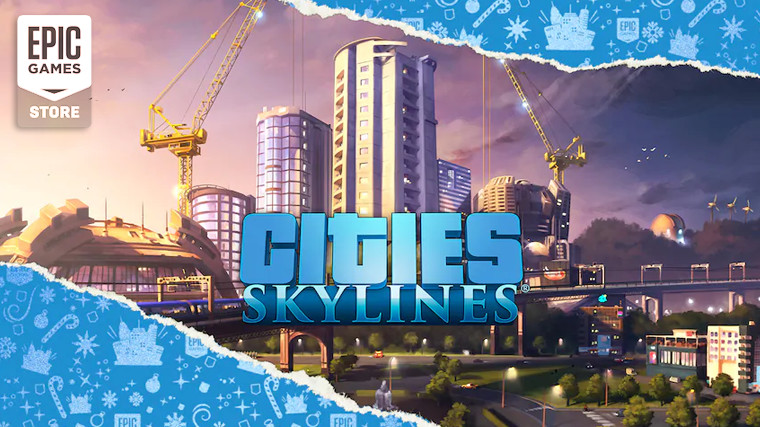 Epic Games Store has put on offer Cities: Skylines to claim and keep today, taking the place of Pillars of Eternity and Tyranny. At 11am ET, Epic Games Store will be giving away a new game every day for the next 14 days.

Today is also the start of Epic's Holiday Sale with hundreds of games on discount. Epic Games Store is also tagging along a $10 discount coupon, which can be claimed here, on every purchase that is more than $14.99, dropping the price further.

Cities: Skylines is a city-building simulator developed by Colossal Order, the developer behind Cities in Motion franchise. It was originally released in 2015 and has since received a number of DLCs that significantly expand the game's gameplay mechanics, but are not included with this giveaway. They are available at a discounted price for the Holiday Sale. Here's how the Epic Games Store describes it:

Cities: Skylines is a modern take on the classic city simulation. It introduces new gameplay elements to realize the thrill and hardships of creating and maintaining a real city whilst expanding on some well-established tropes of the city building experience.

Epic Games Store is offering Cities: Skylines for players on Windows, but it's also available for players on macOS and Linux via Steam where it is currently priced at $29.99. Here are the minimum requirements:

If you wish to claim Cities: Skylines, you can find it here. It will be free to claim until 11am ET tomorrow.