American company Coleco, known for its retro video game consoles, namely the Coleco Telstar and ColecoVision, has announced that it is releasing yet another cartridge-based console in early 2016. 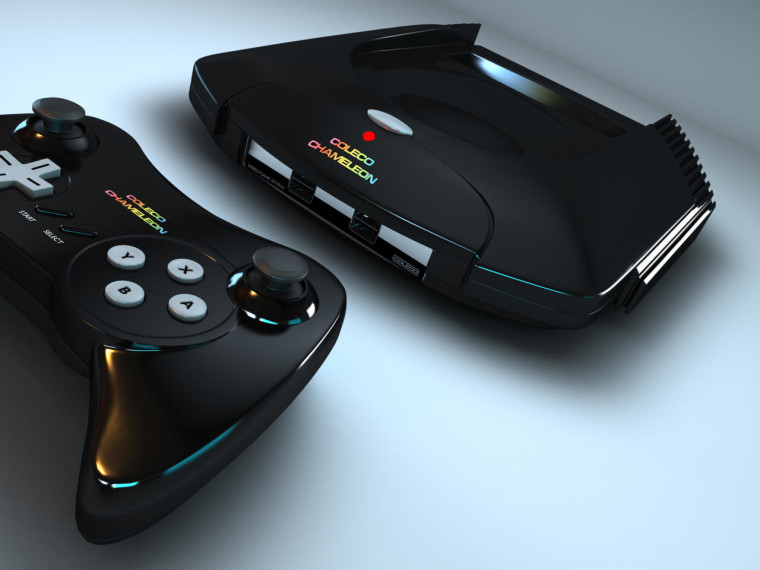 The company is re-entering the home console market in collaboration with Retro Video Game Systems, Inc. to release the Coleco Chameleon early next year. Despite being able to run cartridges only, the machine is described as a "versatile...new, modern-day video-game system." The Coleco Chameleon will be able to play new 8, 16 and 32-bit games, however, the names of these games have not yet been announced.

The COLECO Chameleon is a love-letter to all the classic cartridge based gaming systems that came before it and we love the fact it will succeed COLECO’s successful Telstar and Colecovision product lines. It will take gamers and their families back to a simpler time where games were all about great gameplay and fun factor.

The company has promised that game cartridges will be durable and will include "high quality plastic clamshell cases" with instruction manuals and developer notes. Chris Cardillo, a partner in Coleco, stated:

[We] are excited to work hand-in-hand with Retro Video Game Systems, Inc. in the launch of the COLECO Chameleon. It's ironic that a new ‘retro’ video-game system would actually revolutionize and revitalize the COLECO brand.

Pricing and availability details of the Coleco Chameleon have not been disclosed as of yet, however, the company has promised a demonstration of the console at the Toy Fair New York in February, 2016.