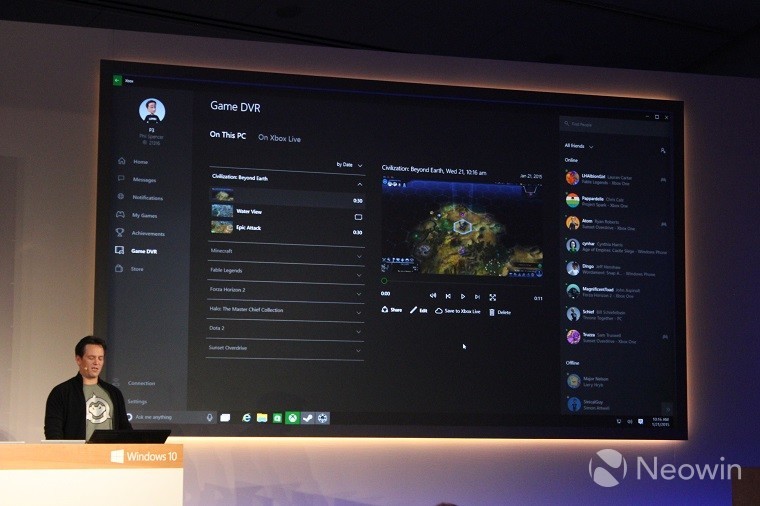 Phil Spencer, head of Microsoft’s Xbox division, has stated the company isn’t looking to develop an Xbox application for Mac OS X. This is despite the availability of official solutions on a majority of other app marketplaces. Spencer claims that the Xbox team hasn’t seen the demand for such an app, however it is open to the idea, if interest is shown.

In response to a fan on Twitter, Spencer advised that if interest was shown on the official Xbox Feedback site, the team would consider taking further action.

@av_xz Honestly haven't had a lot of requests. Put it up on https://t.co/ufJax5Sghs and let's see how many people are interested.

As spotted by GameSpot, a request had previously been submitted earlier in the year, gaining over 400 votes at the time. Since, the request has been revived and has over 700 votes as of writing.

If an application does make an appearance on OS X, the features offered are likely to be more limited than its Windows 10 alternative, with basic ways to interact with Xbox-related services. It's unlikely that features such as Xbox One game streaming would come to the platform, after being advertised as a unique selling point for Windows 10.