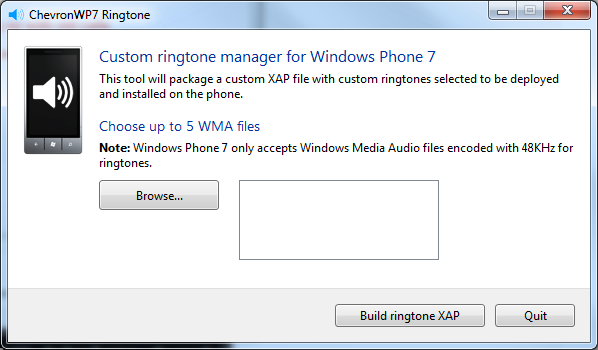 The application, which is available now, allows a user to load up to 5 audio files onto the phone. The format is very strict, though, with ringtones only working in 48Khz Windows Media Audio format. The application actually runs on the users desktop PC and pushes the ringtones into an application with-in the phone, which then allows the user to set the ringtone.

The application only works if you've unlocked your phone using ChevronWP7, or have the official developer unlock from the App Hub. Hopefully more fantastic homebrew applications will come along in the near future, as the opening up of WP7 allows almost anyone to develop for the platform.