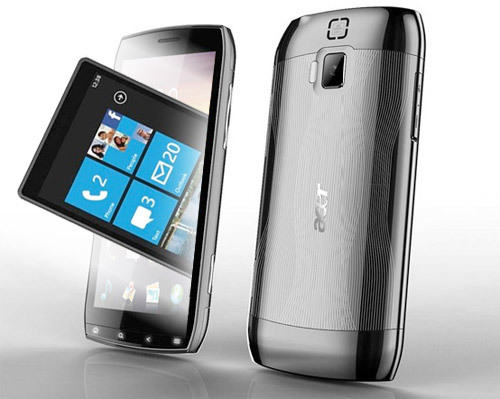 Tech giant Acer, said on Monday, that the company is currently working on a Windows Phone 7 handset.

The news comes as CEO Gianfranco Lanci stated in an interview with Ina Fried that “Today we are mainly Android, but we are also working on Windows Phone 7”

When questioned about why the company didn’t make a move to the Windows Phone platform earlier, he responded “We saw a lot of limitations on Windows Phone a couple of years ago and we moved to Android because of user experience, and even the possibility to be a little more creative from a content offering and so forth is better than on the Windows phone”

There hasn’t been any specific features announced for the handset, but Lanci claims he thinks WP7 has “the same opportunity you can see on Android in terms of customization.”

In September, a Microsoft employee hinted at the possibility of an Acer WP7 device and it seems clear now that we were right to take the hint.

As this is in the early stages of development there hasn’t yet been an announcement of when the handset is planned to be released.