When computing and science come together, new revolutionary and innovative devices are the outcome. If you’re a genetic researcher then this $900 USB device is just about one of the greatest things invented. The device is named MINion and serves as a DNA decoder but despite potentially being a revolutionary form of genetic data gathering, it is frowned upon by people outside the research profession. 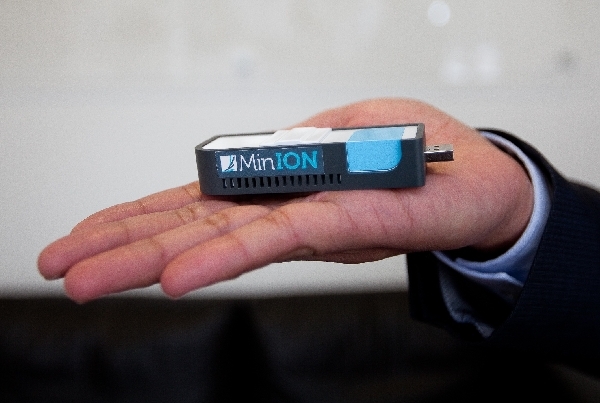 We’re not genetic researchers, so we won't pretend to know exactly how this dongle works, but it starts by extracting a strand of DNA through a razor-like nanotube which then splits the double helix. The nucleotide bases are then electrocuted one by one until they give up their code. The resulting sequence is stored like a ticker-tape readout, for the whole world to see. In other words; it breaks down the DNA to a point where the code can easily be extracted and then it is shared through a network.

The MinION does these tasks within seconds and as implied; it’s portable and simply plugs into a laptop. It currently works on very very short genomes, like those belonging viruses and bacteria. We’re all safe from being decrypted, for now.