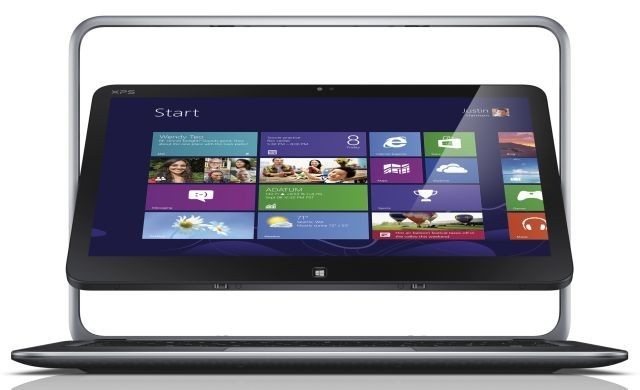 Dell's current XPS 12 has a hinge that flips the display, rather than the keyboard.

Dell is planning to launch a smaller 11.6 inch Windows 8 notebook-tablet hybrid that will be designed differently than its previous XPS 12 convertible. The news comes out of the Computex 2013 trade show, according to a story from the Wall Street Journal today.

The report states that the XPS 11 will have a hinge that will flip the keyboard of the notebook backward so that the display can then serve as a tablet. The XPS 12 can also turn from a notebook to a tablet, but the hinge is placed around the display. It sounds like the upcoming XPS 11 will be more like how Lenovo designed its Yoga series of Windows 8 and RT products.

There are no other detail about the Dell XPS 11, other than it will have a "high-definition" display. It's supposed to be released sometime before the end of 2013. Dell vice-president Kirk Schell stated in the same article that the company is concentrating on making devices based on Windows 8, although he added that Dell is looking into developing products that use other operating systems. 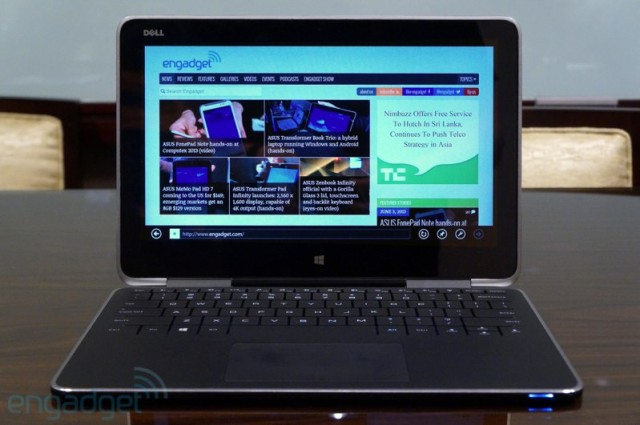 Update: Engadget has images and a video of a Dell XPS 11 prototype which shows how the keyboard hinge will actually work, and confirmed it will have a 2560x1440 IPS display, along with an active digitizer, and weigh just 2.5 pounds.