Paul DeLorean, nephew of the man behind the iconic DMC which famously appeared in Back to the Future, has set his sights to the sky, and has made public his company's plans to build a flying car. 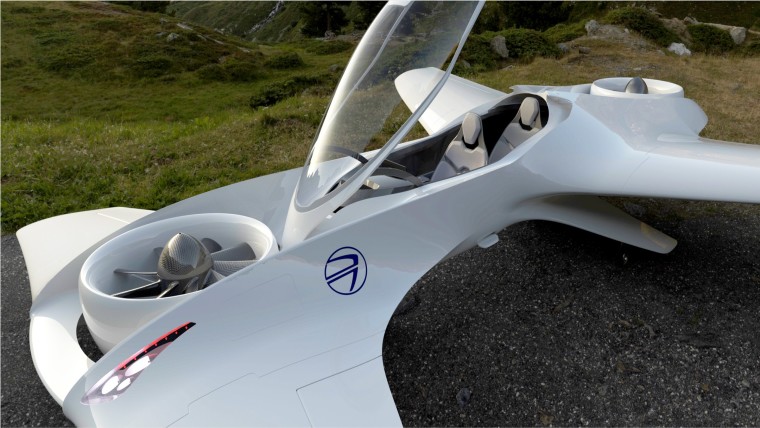 The DR-7, as it is called, is based on the sleek designs found on F1 racing cars and will be able to seat two people comfortably. The battery-powered flying vehicle will have four wings, with two large rotary engines at the front and back which will be used to maneuver it, in addition to assisting the landing and taking-off phase. The company has successfully built a dummy version of the machine and noted that it will be able to fit in the average garage thanks to foldable wings.

Although a working prototype for testing purposes is planned for the end of next year, the company is aiming to achieve a car with an average 120-mile range on a single charge and an impressive maximum speed of 240mph. Though, this is a far cry from the record-setting 1,078 kilometers the Tesla Model S could achieve. The designer pointed out that the reason for this is due to the fact that the vehicle will fly at a higher altitude than similar projects from other companies.

This follows on recent reports of Uber planning to launch a fleet of flying vehicles in Dubai by 2020, and Airbus planning a similar type of vehicle itself. It would seem that the age of the rubber tire might come to an end in the personal transportation industry, that is if these take off.