Recent reports have revealed details on Microsoft's plans for a smartwatch - but as it turns out, it seems that the new wearable device may not actually be a smartwatch at all.

The latest information comes via Paul Thurrott; as many of our readers will know, Thurrott is one of the most well-connected and respected journalists in Microsoft coverage, and while the details he has shared have not been officially confirmed by the company, he has an excellent track record that means you should be paying attention to what he says. 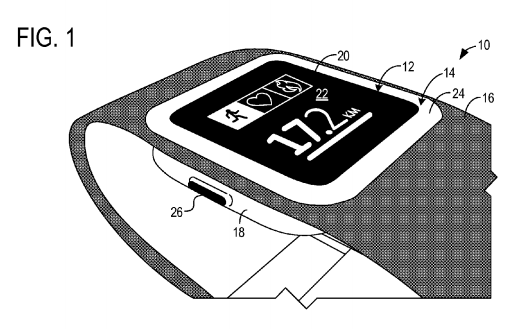 An image from a Microsoft patent filing, showing fitness-related info on its display

According to his sources, the rumoured Microsoft device will indeed be a wearable, but it won't be a 'smartwatch' in the strictest sense. While it will display notifications fed through from a connected smartphone - and will probably tell you the time as well - the form factor will be less 'watch' and more 'wristband', with a strong focus on health and fitness. This fits nicely with a recent report from Forbes that said that the device will include eleven integrated sensors, which will track things like heart rate and the number of steps that you walk.

Thurrott's sources have also confirmed some details that emerged in another report back in May, which claimed that the device will work with any smartphone. This will be a key differentiator for Microsoft's wristband compared with those of its rivals, which are 'locked in' to work only with certain devices. The Microsoft device, however, will reportedly work with Windows Phone, Android and iOS. It will also function with third-party apps - and presumably, wherever possible, it will also connect with on-device health hubs like Health in iOS 8 and Samsung's S Health.

Finally, he says that the pricing of the Microsoft wristband will be in the same range as Samsung's Gear devices, and that it will be announced and released in the fourth quarter of this year.

Let's just hope that it turns out better than Samsung's Galaxy Gear, which Apple co-founder Steve Wozniak described this week as "worthless".