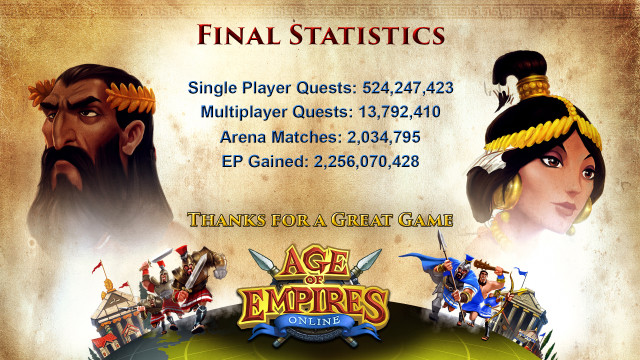 In a blog post, on the AoEO blog, a community coordinator for the game, has announced the shutting down of the Age of Empires Online servers on July 1. The game which was jointly developed by Gas Powered Games and Robot Entertainment was announced by Microsoft in 2010 and was made available to the public in 2011.

The free-to-play online game is believed to have become too expensive to manage with new content being created continuously. Last year, Microsoft announced that they would discontinue Games for Windows Live, which was a key part of the Age of Empires Online game, in addition to various other Windows-based games with online multiplayer functionality.

Although, Age of Empires has been a hugely successful franchise for Microsoft, its online version failed to gain those levels of popularity with gamers who swear by the classic AoE games. Microsoft is set to launch a new addition to the AoE lineup with World Domination, on all major smartphone platforms in the near future and the game is believed to be closer to the original titles in terms of gameplay.