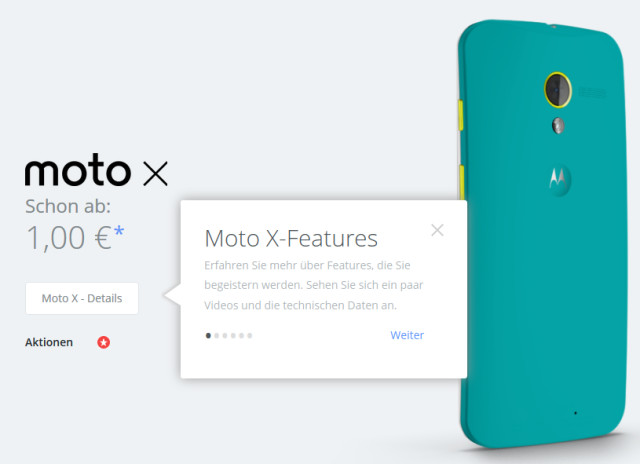 Moto Maker has finally stopped being exclusive to the United States, and is now available in Germany, for customizing the Moto X smartphone.

When Motorola launched their flagship smartphone, the Moto X, one of the much touted features was the ability to customize the smartphone before purchase using a variety of colours and patterns, with the Moto Maker website. Later, Moto Maker also supported wooden and bamboo back covers as well. However, the platform was only available for customers in the United States.

Now, a report from Android Community has revealed that the German wing of Motorola Mobility has quietly launched the Moto Maker website in the country. All the customization options available in the United States have been made available for the Germans as well. Although, it was rumoured that Motorola would kill off Moto Maker, this new launch signals its expansion into new markets. The service is expected to launch in more European countries and Mexico soon.

Motorola launched the Moto X in September and might soon be replaced by the Moto X+1 which will allegedly feature more customization options. The latest launch of Moto Maker in Germany could be an indication of the company's plans to establish the platform before the launch of their next flagship.

Interested customers can experiment with the various personalization options for the Moto X over at Motorola's website.